The numbers. They’re getting smaller. 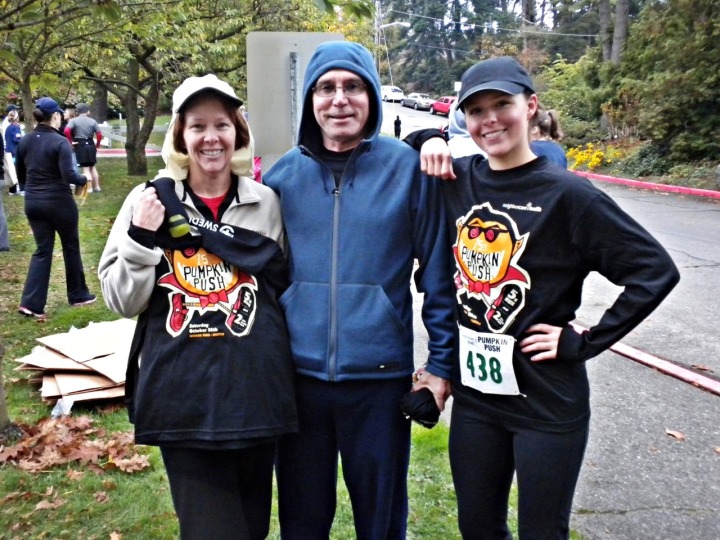 I made this playlist exactly 30 minutes long. Big time.

The first two are the same as my Dawg Dash playlist simply because they’re so freakin’ good for getting me pumped up and feeling great.

Note the subtle difference between shit and the shit.

And Linkin Park returns to cap off the race. It should do for me what the ringing bell did for Pavlov’s dogs, except instead of salivating, I’ll start running really, really fast. 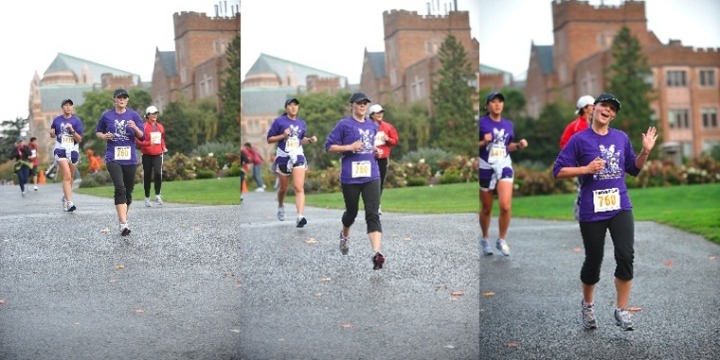 I decided to put 50 minutes on the treadmill and see how much of it I could run and how far I could go.

I was doing about an 11 min pace for the first mile, 10.5 for the second, then settled in at 10 min/mile for the rest of the way. It got so much easier after the first two. And after I surpassed my previous nonstop running record of 3.76 miles… well, I don’t think I could have stopped if I tried.

My shins hurt off and on, and my right hip started hurting a bit toward the end, but the higher the mileage crept, the less I cared.

10 min/mile isn’t very fast, but for some reason the distance means more to me than the pace.

And I can’t wait to find out what the other side of 5 miles feels like.

I’m obsessed with Ben Does Life, as is my mom. Ben has definitely inspired me to get more serious about running (as in going from not serious at all to, “Hey, maybe I could actually be good at this if I really try”) and I’ll make it no secret that this blog is modeled after his.

What he posted this morning is so incredibly true that it made me laugh out loud.

A very popular concern from readers I get via email goes like this:

It’s either because they are overweight and embarrassed to be seen at the races or they perceive themselves to be slow and are embarrassed.

I want to set the record straight here once and for all:

No one is judging or making fun of you.

More likely, you are inspiring someone or making spectators wish they were out there racing.

You are not too *anything* to be out there racing. And I suspect if you do try it, you will become an addict. There is something magical about a race that you can’t get from your regular, everyday running. You will finish the race and schedule your next one within a few hours (after the most glorious nap you’ve ever had… seriously, post-race naps are worth the entry-fee alone).

What did I do after the 5K yesterday? I took an epic nap. Then I scheduled my next 5K.

But seriously, I was a bit freaked out before my first 5K last month because I’m not a “serious” runner. I felt like I didn’t really belong in the race and that everyone would know it.

Once I got there, though, I realized that the race was filled with people of all different ages and abilities. There were serious runners, for sure, knocking out 5- and 6-minute miles and going for PRs. But there were also a whole bunch of people just there for the fun of it, and everyone did the best they could. No one judged. Everyone focused on his or her own race.

That’s what I like about running, at least the kind of running I’m doing: I’m not competing against anyone but myself, and I’ve found that I’m a worthy opponent.

I just napped from 4:15 to about 7:45. Interesting choice for a Sunday, but so necessary. 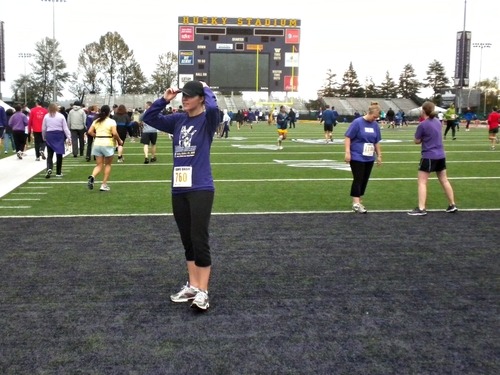 This is called “getting your game face on.” Pretty sure Jake Locker does this before every Husky game.

I may be doing another 5K next weekend: Neighborhood Health’s Pumpkin Push at Seward Park. Mom and Don were going to do the Running Scared 5K at Seward Park on Halloween morning (Sunday), which I had to bow out of due to the fact that I will be vigorously celebrating Halloween Saturday night, but the Pumpkin Push is Saturday morning, so there’s really no excuse.

Plus, this one benefits Neighborhood Health, which provides health care to uninsured, homeless, immigrant and low-income people in Seattle. It would kind of be a jerk move not to participate. 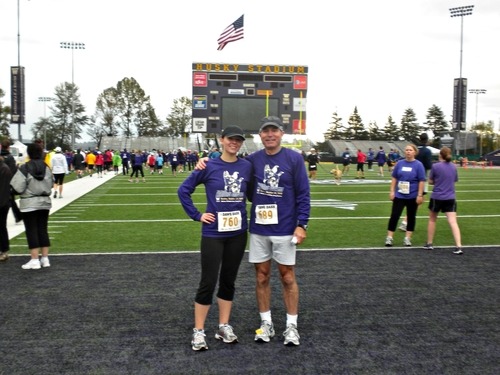 I did better than I thought!

I think if I can just increase my endurance so I don’t have to walk at all, I can easily break 30 next time. And if the next race has a flatter course (this one had three or four good inclines that left me huffing and puffing), it shouldn’t be a problem.

The rain magically cleared up for the awesome 5K/10K race at my alma mater! The sun even came out right after I finished. Now it’s dumping again, Noah’s ark style.

The clock said 31:25 as I crossed the finish line, but my time was prob more like 31:10 since I started near the mid/end of the pack with the 10/11 minute pacers. All I know is that I finished before the end of Linkin Park!

Had to walk briefly about four times after some hills, but I’m happy I finished and beat my Oktoberfest time. There’s always the next one : )