Today I put together my training plan for the Lake Sammamish Half, which is eight weeks away. I’m struggling a bit with my weeknight runs on the treadmill (especially right after BODYPUMP on Tuesdays and Thursdays; my legs are just tired), but my weekend outdoor running is excellent. Today’s long run was probably the fastest I’ve ever run seven miles outside of a race, and I was actively trying to slow down. Let’s hope that means I’ve stayed in good-ish shape through the holidays and have a shot of PRing (sub 1:55) at Lake Sammamish!

I’m loving my new Garmin 220, by the way. Besides being much smaller, lighter, and prettier than the Forerunner 305, it also picks up satellites in a flash and can stop/start automatically when I have to wait at a stoplight. It takes about five seconds to sense that I’ve come to a complete stop, and maybe three seconds to sense that I’ve started running again, but it’s pretty sweet.

It also seamlessly uploads my data to Garmin Connect, whereas the 305 required me to do a handstand, spin around three times, and chant in Swahili to actually upload anything on the first try. If you asked aliens who observed me trying to upload my runs what the name of the device was, they’d probably tell you what I often called it: “F***ing worthless piece of s**t!!!!”

I’M STILL NOT OVER IT, CAN YOU TELL?

I am counting down the days to a two-day work trip to San Diego, which will be immediately followed by a week-long vacation to Maui. Only one full work week + a few days to go!

If any of you caught the Seahawks/Saints game on Saturday, you know that Seattle is experiencing its height of gray skies, wind, and rain. As I watched a bit of the 49ers/Panthers game on Sunday, my strong (STRONG) dislike of Colin Kaepernick was only eclipsed by my jealousy of the Carolina sunshine.

Just a little sun is all I need to get me through the rest of the winter. Oh, how I look forward to running outside in shorts again!

Aaron and I had a very low-key last day of 2013, starting off with a rare run together. I was nervous to run after more than two weeks off, but surprisingly it went well. 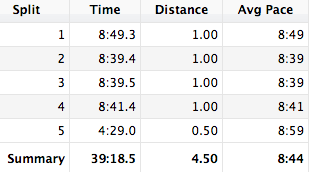 We also saw American Hustle with Aaron’s parents, and then enjoyed drinks and appetizers at Black Bottle. 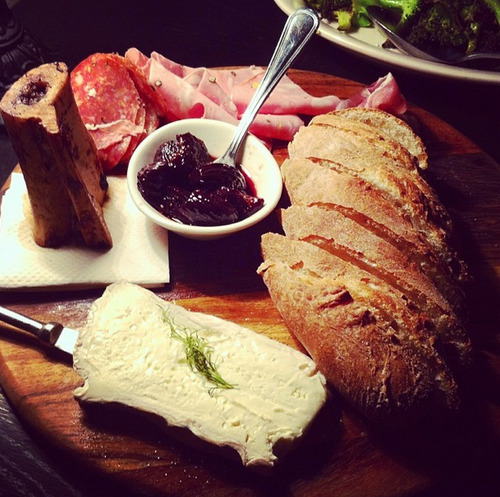 This charcuterie platter was my last cheese-and-bread hurrah for the holidays. Yum. Yum. Yum. I wish I could eat this for every meal!

We also had a delish pasta dinner and wine with Aaron’s best friend and his wife at Purple Cafe, and then arrived home with an hour to spare before midnight.

I popped a bottle of champagne. Aaron promptly FELL ASLEEP.

I woke him up just in time for a kiss and cheers at midnight, and then he went right back to sleep. Ha! So it wasn’t our most exciting New Year’s Eve ever, but sometimes it’s just nice to be cozy at home, drinking bubbly on the couch.

Now for a little reflection! Here’s a snapshot of my 2013 in running: 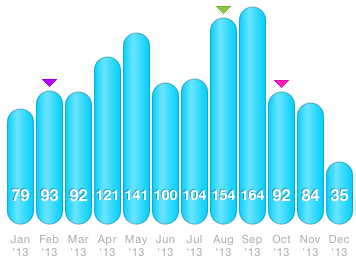 I ran 1,259 miles in total. That sounds kind of crazy to me, but I did run two marathons — Rock ‘n’ Roll Seattle in June and Chicago in October — so all that training adds up. Now that I see how intense my running was for most of the year, I don’t mind that December was such an off month.

Next year will be much less intense. The only races I’m registered for at the moment are the Lake Sammamish Half Marathon in March and the Eugene Marathon in July. I’ll probably also run Seattle’s Best 15K in May, since it always falls on my birthday weekend and I love that distance, and a 5K at some point, since my PR of 25:04 is a few years old and I know I could break it! (I actually unofficially broke it during one of my Hood to Coast legs.)

After Eugene, I’ll just be focused on wedding planning and continuing to run/lift weights so I can look my best when I walk down the aisle on October 3!

Back to 2013. Rather than an extensive recap of what went down, I’ll just mention a few highs and the low of my year.

THE HIGH: Running the Chicago Marathon. 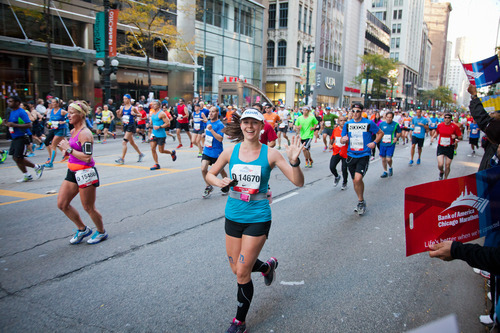 I was ecstatic to have an absolutely perfect race, and I still feel so happy when I reflect on the experience! It also gave me so much confidence for the races I’ll run in 2014. The trip to Chicago as a whole was also fantastic, since I got to spend great quality time with my future in-laws! And we ate sooo much good food. 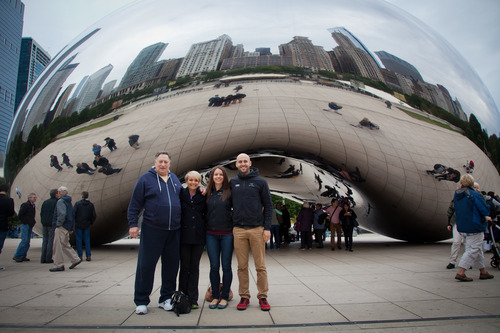 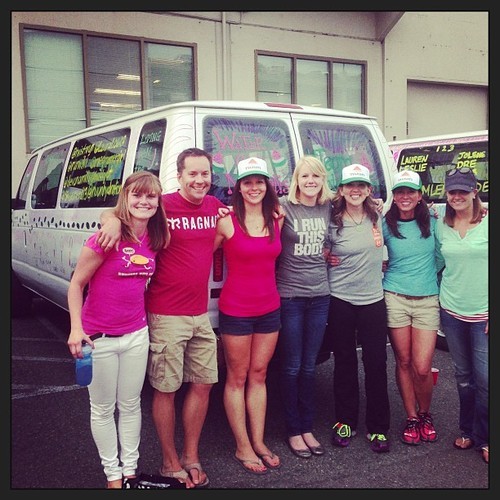 I don’t know if I can ever run another relay since this one was so good! I still can’t believe I was chosen for the Nuun team, and I can’t believe how fast I ran my legs. I met so many great girls that I still keep in touch with through social media and in person, when the occasion arises. I WILL eventually write about Hood to Coast, even though I’m so late in doing so! Big-time blogger fail.

THE LOW: My mom’s cancer diagnosis. 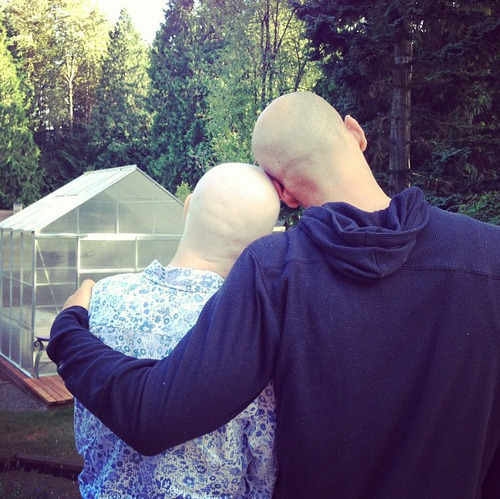 There’s no other low — probably in my entire life — that even comes close to this. I was devastated by my mom’s cancer diagnosis in January, and watching her endure the surgery and chemo that followed. Obviously this “low” for me doesn’t even come close to what she experienced by going though it firsthand. I’m so thankful for her fiance, Don, who took such good care of her through it all, and I’m so glad she’s doing so well now. Fuck you, cancer! You are NOT welcome in 2014 and beyond.

This next year, I’m so excited to:

– Go to Maui at the end of January! Woo-hoo!

– Go to the big island of Hawaii for our honeymoon, and spectate the IRONMAN World Championship in Kona (!!!)

– Experience whatever else may pop up that I can’t anticipate now!