Helllllloooo! Aaron and I are lounging at the Denver airport, awaiting our flight to Seattle. We missed all the flooding, thank goodness, and had a great trip!

I’ll start off by humblebragging about the fact that I did every one of my Chicago Marathon training runs and didn’t skip a single mile!!! That’s five runs for a total of 35 miles, people.

It was easy to fit them in because Aaron was off doing his mountain-biking thing every morning, so I had plenty of time to do my running thing. Then we’d join forces to eat breakfast, sight-see, hike, etc. Fitness first, yo! 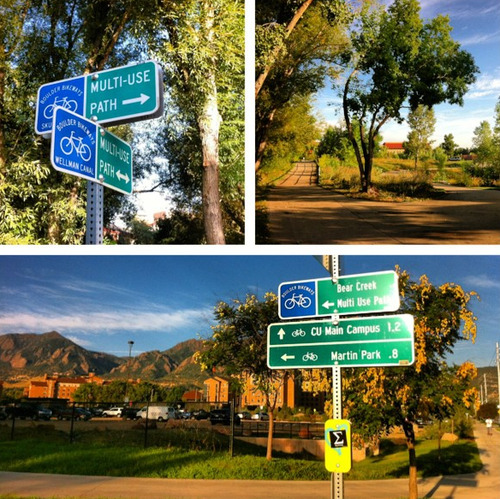 On my first run in Boulder, I was blown away by the incredible network of paved, multi-use paths that run all over the city. I didn’t even have to wait at stoplights because all the paths feature underpasses that allow you to continue running/biking uninterrupted. You pretty much don’t have to have a car in Boulder if you don’t want one! 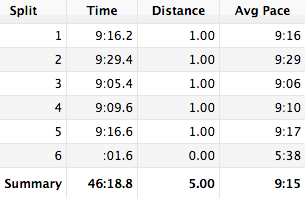 Did you know that Kara Goucher went to the University of Colorado and probably ran on these same trails?? That was a cool thought during this run. 🙂

And later, we went for an easy hike (that ended in a killer city view) with Aaron’s stepsister, Erin, who lives in Boulder. 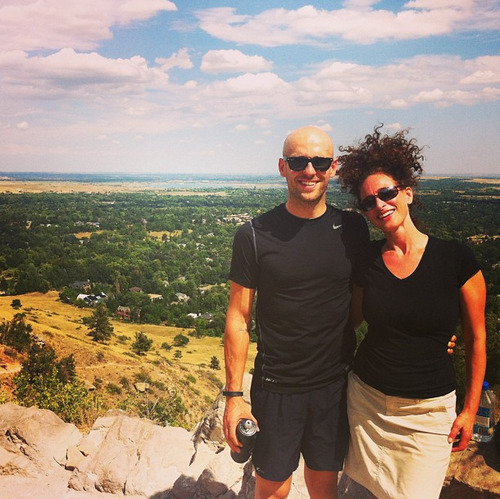 Aaron Pass and Erin Pass — it never gets old! 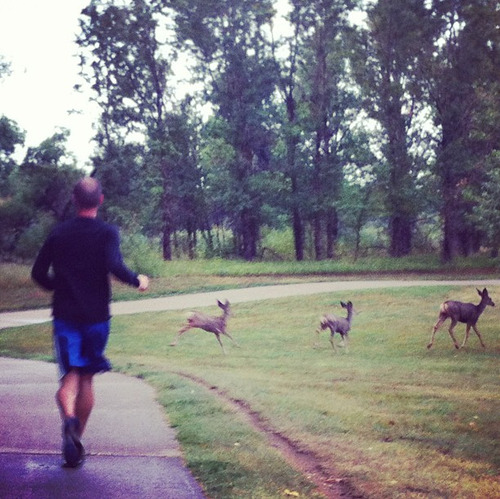 Nothing like a family of deer crossing the path to remind you that you’re in Colorado! In Washington, I’ll occasionally see a deer out in the woody suburbs, but this sighting happened right in the heart of Boulder. Pretty cool. 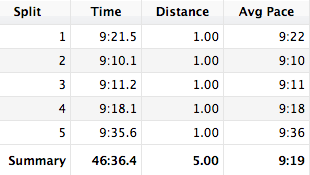 This run was very gray and a bit rainy — a sign of things to come. The rest of the day was extremely wet and stormy, but luckily we headed two hours away in the afternoon and weren’t impacted by the flooding. (Erin is OK, too!)

We spent the rest of our trip in Avon, a town just outside of Vail. Thanks to a member of Aaron’s family who is in the hotel biz, we stayed at a beautiful resort that overlooked mountains and the Eagle River. 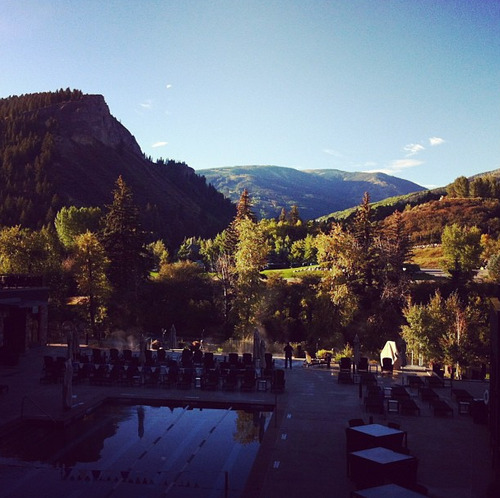 An awesome, paved trail ran right between the resort and the river, so it hosted my remaining three runs and spoiled me with spectacular views. 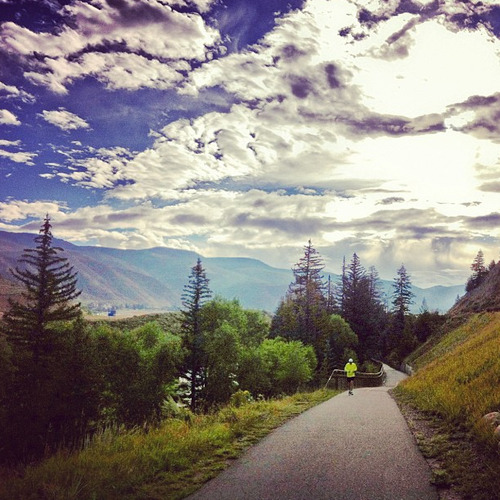 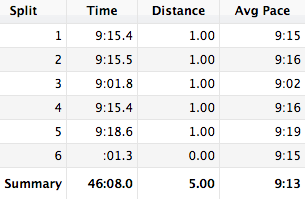 I was surprised that I ran this one a tiny bit faster than my Boulder runs, considering that Boulder’s elevation is 5,200 ft. and Avon’s is 7,400 ft. (For reference, in Seattle, I usually run between 0 ft. and 200 ft. of elevation!!)

Yes, it was hard to run at such high elevation, and yes, I drank a shit-ton of Nuun to help me power through!

We also went for a little 3.5-mile hike that, at one point, led us through a magical grove of aspen trees. So pretty. 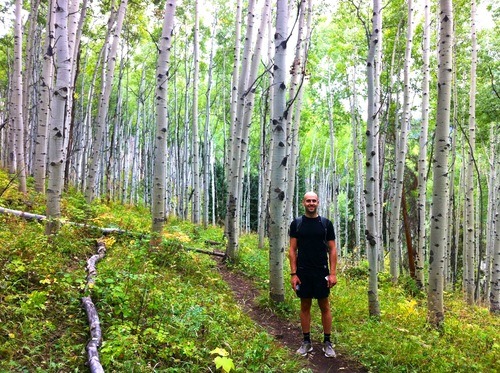 Rest day! But instead of resting, let’s go for a 6-mile hike. 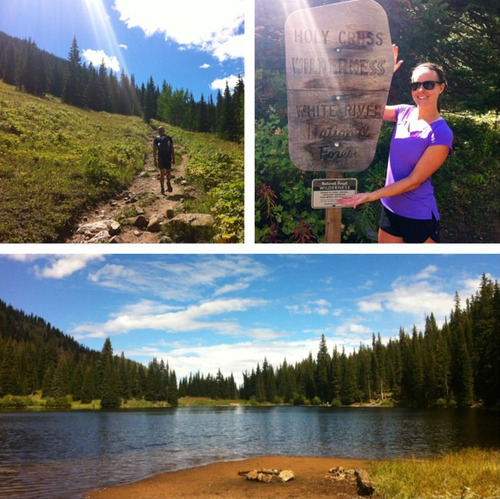 We did the moderately difficult hike to Beaver Lake, then circumvented the lake on a trail that supposedly existed (?) but appeared to be trashed by rock slides in various places. Cue fun rock-scrambling action. 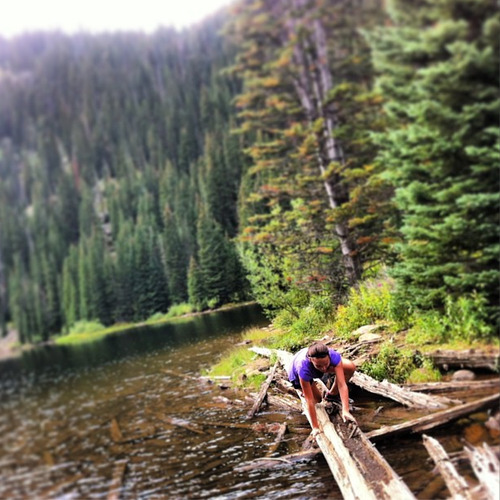 I am also too much of a chicken to walk across a log over ankle-deep water and decided to bear-crawl instead. SURVIVAL TACTICS. 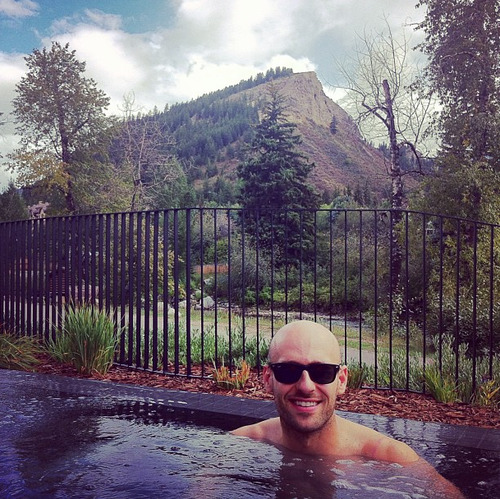 Later, we recovered in the infinity hot tub. Yes.

Did an 8-miler. Not much to say about this one, other than I stopped at this 9/11 memorial about halfway through and got some serious dust in my eyes. 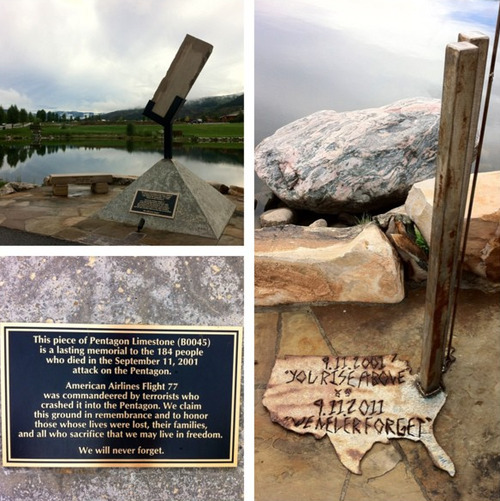 This year, I didn’t have the typical sads that I usually have on the anniversary of 9/11 since I was in vacation mode, but unexpectedly finding this memorial a few days later allowed me to feel all those feels. 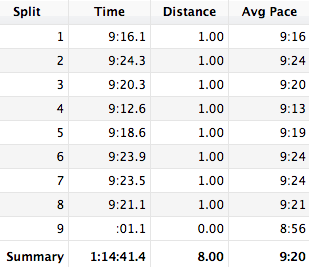 This run was a little tougher. Hard to breathe that thin air. But it was nothing compared to my long run… 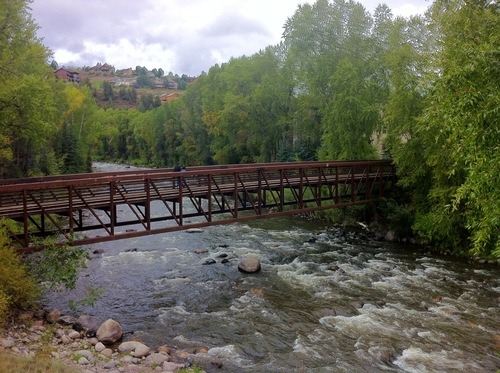 I was hoping to run 6 miles out along the trail and 6 miles back, but the trail is only like 4.5 miles long, so I was stuck doing that awkward “where can I go??” thing where I circled around the town of Edwards before I could head back toward the resort. It was gray and cold and lightly raining. My gels were hard to choke down. It was just a mess. 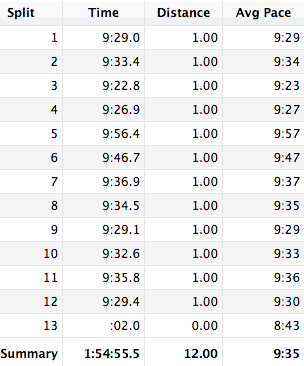 BUT I did it, and I rejoiced when I found a foam roller at the resort’s fitness center and rolled out 35 miles’ worth of Colorado running tightness.

AND THEN Aaron and I rejoiced at Oktoberfest in Vail. Prost!! 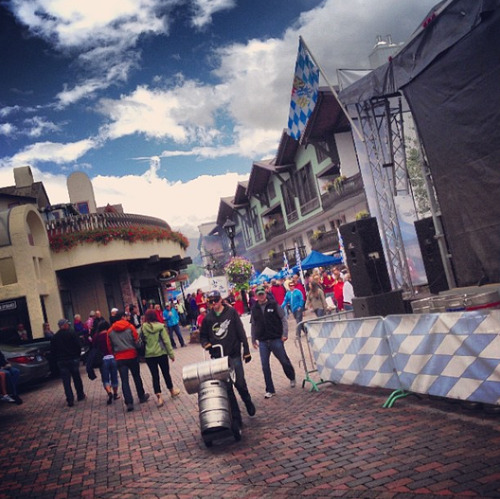 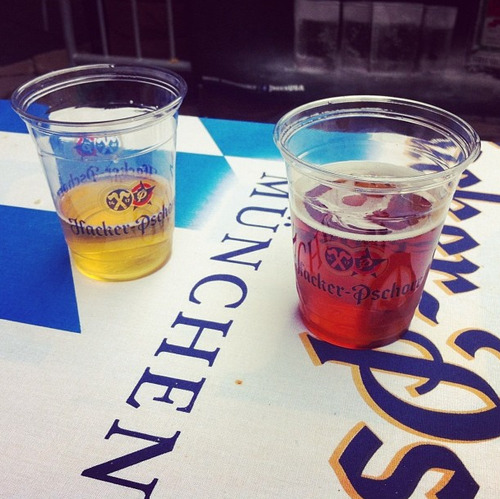 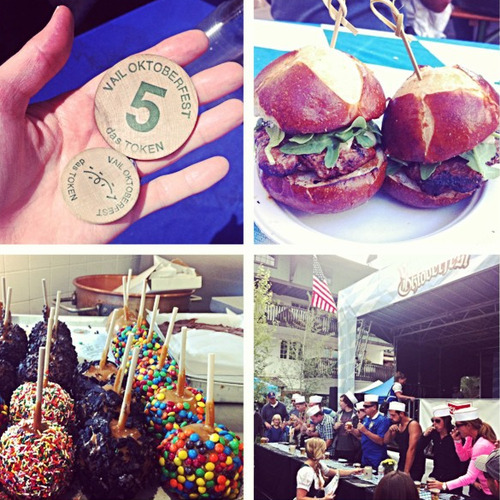 The perfect way to recover from a long run. 🙂

And that brings us to right now, at the airport. Our flight is about to board… see you back in Seattle!

Had a blast holding down the Garcia aid station at the @runsuperseries Cascade Super Ultra this weekend!⁣
Happy first day of fall to all and happy first post-marathon run to me!⁣ 🍁
Survived the Cascade Express Marathon! 🎉⁣⁣
I guess I’m running a marathon tomorrow!?⁣
It’s been a week, but nothing a nice sunny long run with these views can’t fix.⁣
Can’t wait to get back out on the paddleboard with Wally once we’re both fully healed! ⁣