Aaron and I met up with a bunch of other runners at Green Lake tonight to do a little run in honor of Boston. 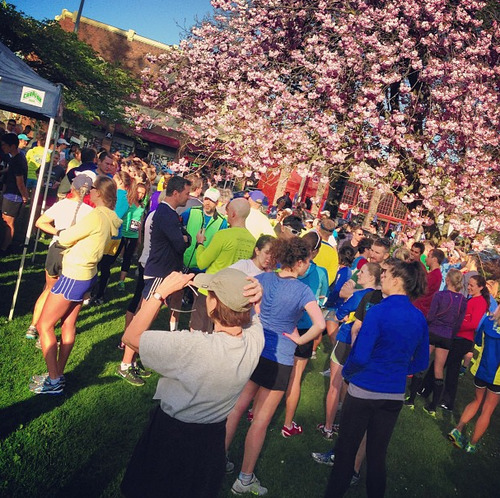 The run started at 6:15, and I got home at 5:55, so I did a lightning-fast change into running clothes and we ran a little over a mile to the lake just in time.

There were a ton of people — probably between 150 and 200. Most were dressed in blue and yellow, and many sported Boston Marathon jackets or shirts. Tonight was the first time I’d seen a Boston jacket in person. I want one. : )

Of all the people gathered at the lake, we somehow found ourselves right next to Vicki! We only had a minute to say hi before the run began and we went our separate ways (by the way Vicki, I looooved your capris!).

Just a few minutes into the run, Aaron spotted a former co-worker of ours, Quinn, and we ran with him for a little bit and chatted. It’s a small world when so many people you know are runners!

Somehow Aaron and I kept up a consistently fast-ish pace, even though my legs still felt tired from Flywheel. One mile and change to the lake, 2.8 miles around, and one mile and change back home put us at six miles for the day (I had four on my plan… whoops). 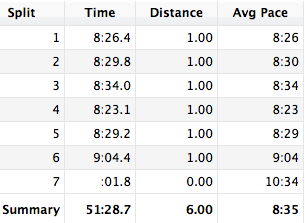 Quinn snapped a pic for us after the run. Thanks, Quinn! 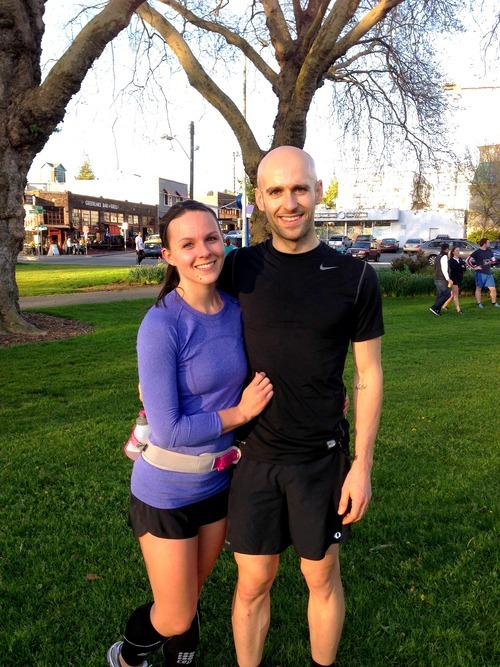 I almost always run alone, so it was just nice to run with a big group of people who all share a love of running and find solace in it during tough times.

And for once, we couldn’t have had nicer weather.