I was going to post this weigh-in during my lunch break on Monday, April 15, but then the Boston Marathon bombings happened, and this seemed like an incredibly silly thing to post after that tragedy.

It may still be silly, but we have to move on with our lives, silly or not.

For those of you who are just tuning in and wondering what this weigh-in is all about, here’s the low-down:

I was in the best shape of my life in late 2011, when I ran my first marathon at 138 pounds (I’m 5’6"). Then I traveled abroad by myself from February-May 2012 and gained about 17 pounds from enjoying lots of new foods, but also from emotional eating due to loneliness and homesickness. I’m talking about eating entire packages of cookies in one sitting, alone in my hostel — no good.

I realized that my weight was getting out of control when I saw this photo that was taken on April 16, 2012 — the day I completed my advanced scuba diving certification on Ko Tao, Thailand. 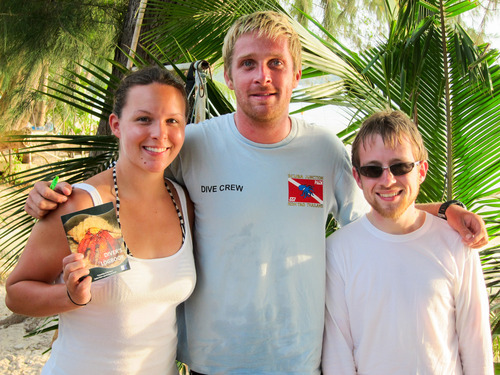 “Whoa, I’m looking puffy,” I thought. “And what are those dents between my eyebrows?” They were dimples that formed in my newly chubby face when I smiled.

That night, I took a photo using the self-timer on my camera to get an honest look at my weight gain. Here’s what I saw. 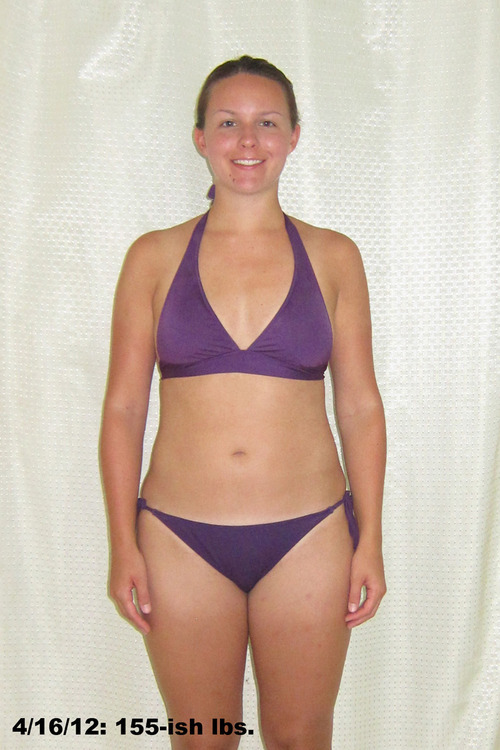 I understand that this photo can be considered quite average for women in the U.S., but this was 17 pounds up from where I started just a few months earlier; it was a big change for me, and a scary one, considering the reasons why I gained the weight and how quickly it happened.

I stopped my emotional eating right then and there, and was in the low 150s by the time I got back to the States in early May. I wasn’t able to exercise when I got home due to a sprained ankle, but I did a pretty dedicated month on the Paleo diet and went from 151 pounds at the end of May to 147 pounds at the end of June. Progress! I was able to start running again in late June and expected the rest of my extra weight to melt off.

Not so much. Aaron and I went to Hawaii and ate our faces off in July, then spent two weeks in Italy in October and ate bread, pasta, and gelato almost exclusively as we celebrated our engagement.

Despite running often, particularly starting a half-marathon training plan in late November, my weight stayed in the mid to high 140s because I pretty much ate whatever I wanted.

Then, at the beginning of March of this year, I finally decided to clean up my eating and go mostly Paleo again. Boom — seven pounds melted off in just a few weeks.

That weight loss helped me run a 1:55 half-marathon PR, fit back into my pre-travel jeans and other clothes, and generally feel like myself again. I have more energy, feel better, and am running faster than ever as I train for my second marathon.

I’m still documenting my weight and snapping a photo twice a month for the time being just to stay on track, but I’m definitely not trying to lose any more weight! At this point, I’m just finding it interesting how my body continues to change due to a (mostly) clean diet and marathon training even though my weight is staying relatively the same. 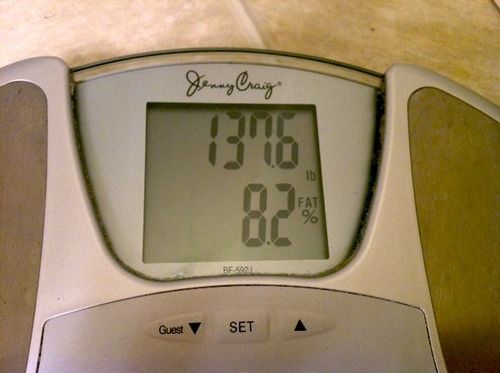 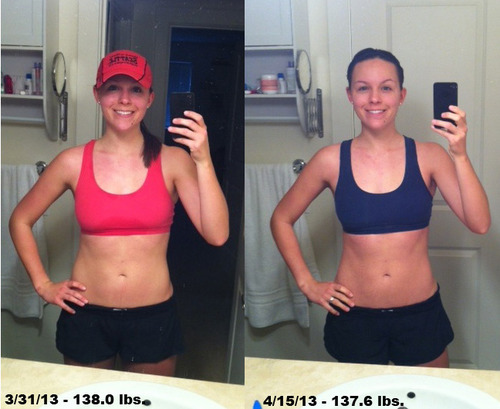 And definitely a big change from the end of February: 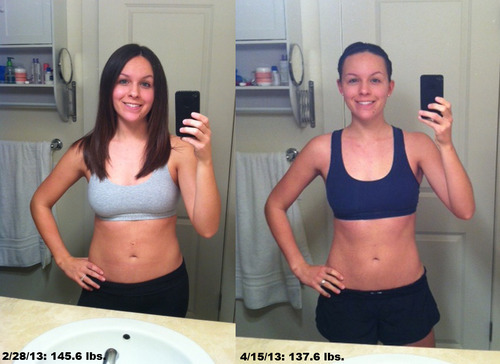 And let’s not fail to note the change from April of last year, which I consider to be my real starting point: 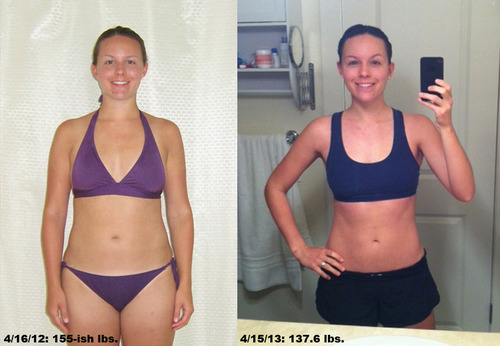 So, that’s my story so far. I’ve just gotten a request from a reader for more information about how to get started with Paleo eating, so I’ll write about that soon. It can be a tough change at first, but the differences in the way I look and (more importantly) feel are very, very worth it!