Aaron was kind enough to document my workout tonight with his newfangled Instagram machine. Such a hipster.

First, I did 10 minutes on the bike trainer to warm up. I had never used the trainer before (Aaron has spent hours on it in the past), but I can see that it will be quite the workout on my cross-training days! My legs were burning. 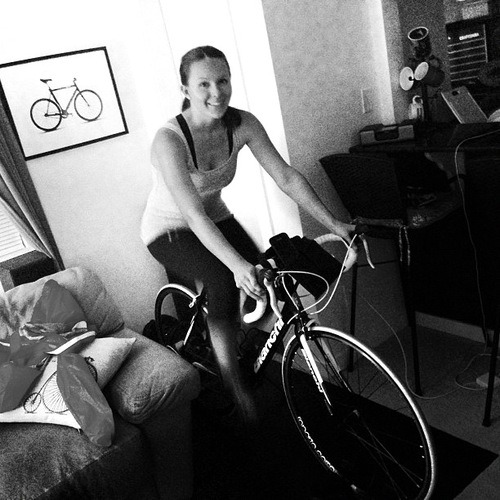 There are three bikes in this photo! Can you spot them all?

Next, I did three sets of 10 reps of the following moves: 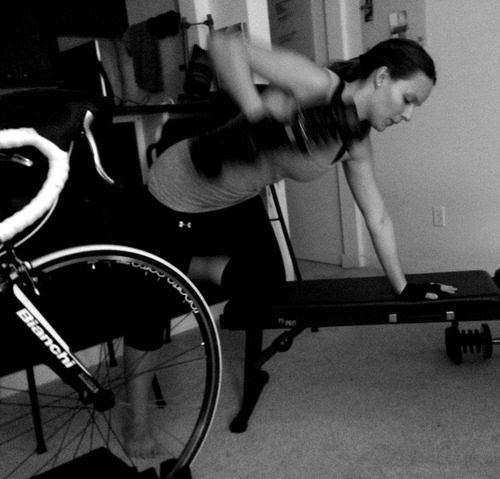 I wore my bike gloves because the Bowflex adjustable dumbbells have textured grips that hurt my hands. I will be soooore tomorrow!

As promised, here’s my phantom half-marathon training plan! It’s “phantom” because I’m not actually going to run a real race at the end. Well… we’ll see.

And here it is in a Google doc, since that screenshot is teeny-tiny.

In other exciting news, we watched The Santa Clause tonight and officially kicked off the Christmas movie season. Hurrah! What else should we make sure to watch before 12/25?