I finally did my first run nine days after my bike accident!

I planned to do it on Monday, but both Monday and Tuesday kept me busy with job-hunting/interviewing stuff and I was just too lazy to run.

I spent Wednesday with my dad — we took advantage of the sunny weather by having lunch in downtown Seattle and riding the new ferris wheel on the waterfront. 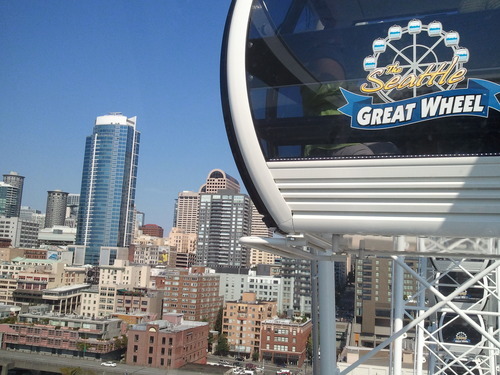 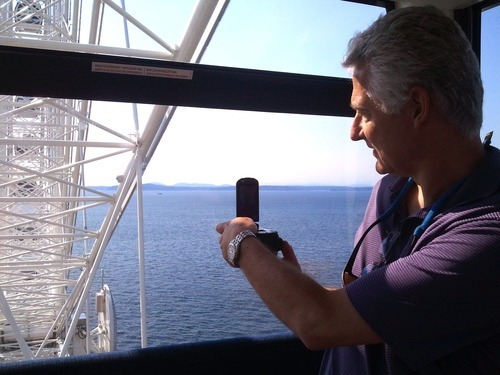 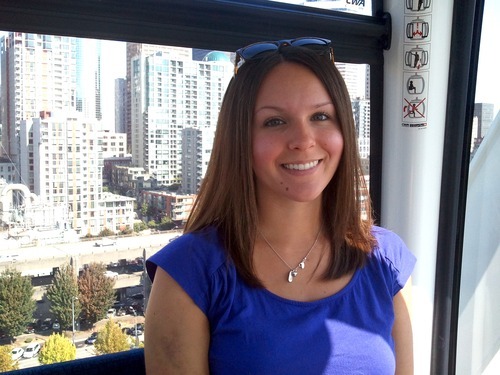 Note the stubborn bruise on my arm. (Also, completely unrelated: My Jewelry By Cari necklace features a little dog tag that has “Devon” stamped on one side and “Aaron” on the other — a gift from Aaron’s mom. So sweet!) 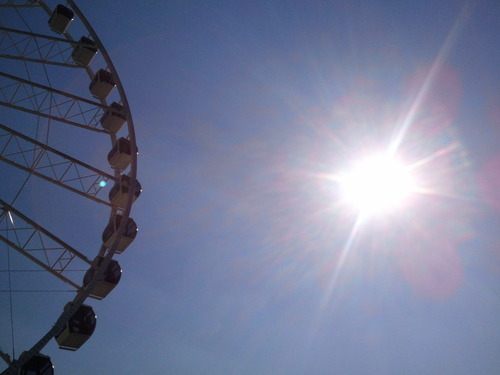 My initial urge was to post other reasons why I didn’t run until today, but laziness is the real reason, so I’ll stick with that.

Since my Garmin Forerunner 305 was tragically crushed in the accident, I ran with my phone and used the stopwatch feature to time my laps around a relatively flat one-mile loop in my mom’s very hilly neighborhood. (How crazy is it that I have a perfect one-mile loop to run?? Yay for Map My Run!) 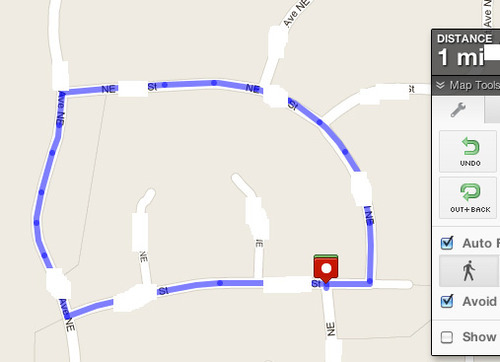 My starting point was someone’s garbage bin in front of their house, and I hit the lap button every time I passed the bin for a total of three laps/miles. 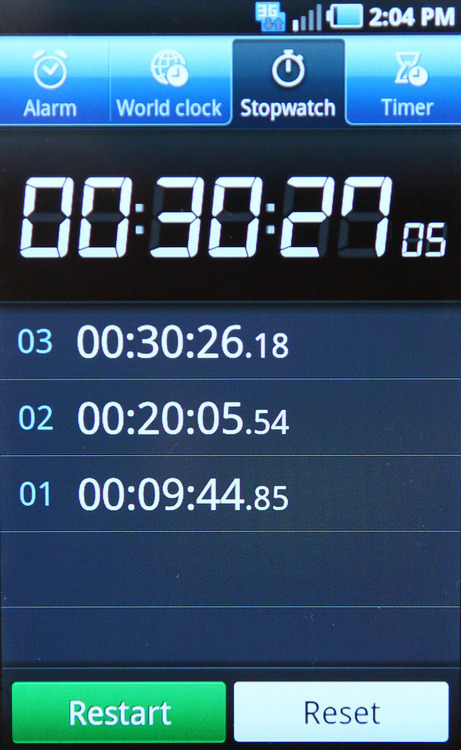 The running itself felt fine, except for some tenderness in the bruises I still have on my legs, but I really misjudged the mid-September heat. I failed to bring water with me and realized too late that I really needed it. At one point, when I had to walk after running up an incline, I felt like I was going to puke! That never happens to me, unless I’m:

a) racing.
b) running with a hangover, in which case the puking feeling is entirely expected and deserved.
c) dehydrated, like in the last few miles of my marathon.

Lesson learned. I should start using my hydration belt again to get used to it before the 5K. If I remember correctly, this is a race with no water stops and, judging by today, I’ll definitely need at least a few sips to make it through!