Oops… he did it again. 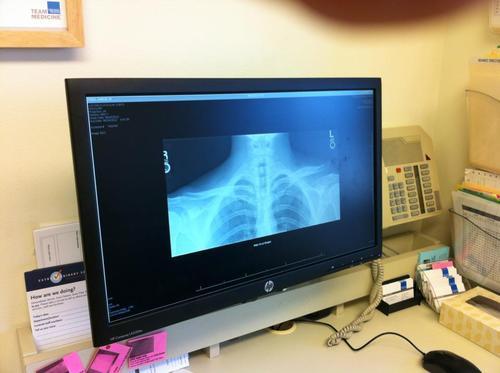 Aaron busted his left shoulder while mountain biking this weekend. The injury is similar to what he did to his right shoulder two months ago, except much, much worse. “Every ligament is completely torn” is not something you want to hear a doctor say!

We’ll know more (whether he needs surgery or not) when Aaron can get in to see an orthopedic doctor. Either way, it’s so bad that he’s had to cancel his mountain biking trip to Iceland; he planned to leave this Friday and spend all next week touring the country. Super-sad times. : (

Meanwhile, I’m taking my dad to a doctor today to see what the deal is with his back. He’s made vast improvements since I last posted, but he still needs to be cleared by a doc to return to work. (What is it with all my loved ones getting hurt lately? Stop that!)

My injury, on the other hand, is becoming less and less significant in my life… so much so that I’ve decided to register for a comeback race!

I figured that if I commit to running a 5K the weekend before Aaron and I leave for Italy, I’ll have nearly two months to train for it and will feel plenty ready to tackle 3.1 miles. As I looked for a 5K that fell on the weekend of September 22-23, guess which one I found? 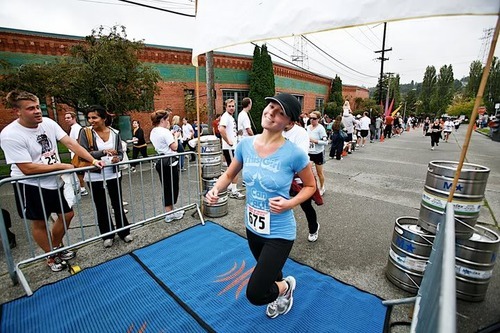 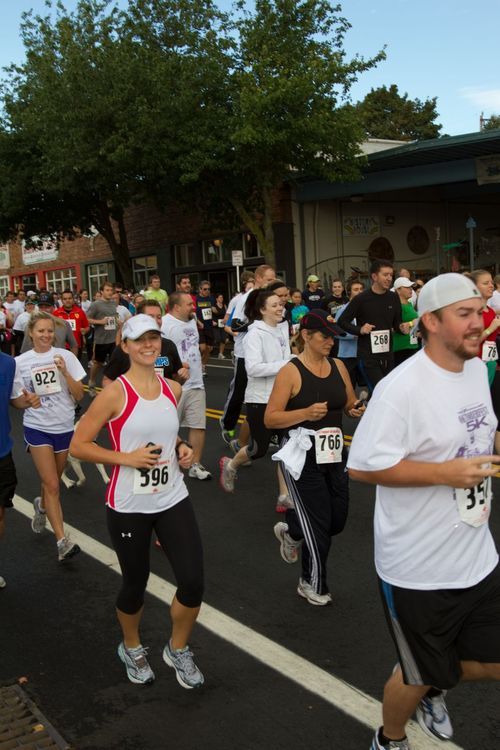 I have no crazy hopes of beating or even coming close to my PR; I’ll simply aim to finish the race without walking or walking as little as possible, and hopefully fall somewhere between my two previous times.

And, of course, stop by the Oktoberfest beer garden afterward to celebrate.