Today, for the first time since my accident… 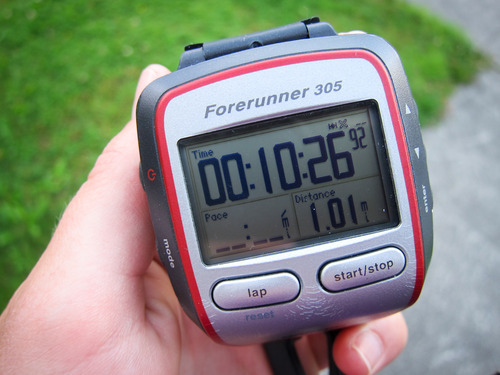 I ran a mile straight through! HAPPY DANCE!!

I was huffing and puffing by the end of it. I really need to rebuild my stamina, but my ankle didn’t hurt at all, not even afterward!

I actually did two miles of 0.25 running/0.10 walking right before doing the full mile, so today’s total was three miles. I’ve been afraid to push myself to run for more than a half-mile at a time, so I’m just thrilled with doing a FULL one without stopping. AHHHH!!

It feels like such a huge step toward actually racking up mileage again and training for a race. The wheels in my head are turning…

ANYWAY. It’s been a tough week over here. I was only back in Seattle on Monday for a hot second before my brother called and told me that my dad collapsed at work and had to ambulance it to the emergency room. He’s having super-painful back issues. He was able to leave the ER after a few hours, and I immediately went out to his house (kind of in the boonies) and, as the Unemployed Child, have been taking care of him ever since.

As I’m sure many of you know, it is so tough to watch a loved one be in pain and feel helpless. I’m just doing my best to be supportive and dole out prescription narcotics as often as I’m legally allowed. : ) Luckily, he’s making great progress and should be OK within the next week or so, I think.

The upside is that I get to spend lots of time with my dad, and he also has a flat neighborhood with nice sidewalks so that I can run while he naps!

1. Apparently they do not hire based on the cuteness of interviewees’ outfits. I got the rejection email while I was in Hawaii, so it was hard to be too sad, and it said something like they were worried I might become bored with the position. So perhaps I was saved from having a boring job? Hurrah!

2. I put up the first post about my trip to Hawaii with Aaron on Answering Oliver:

Living in the Hawaiian Jungle (Plus, Where I’m Going Next!)

Oh, and one more thing:

3. Aaron and I are now on The Pinterest. It really is as addicting as everyone says. (Don’t read too much into some of our pins.)