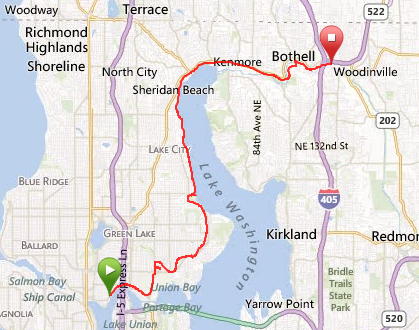 There happens to be an excellent cycling/running trail that goes from Seattle to Woodinville called the Burke-Gilman trail, so it was really convenient to run from the city I currently live in to my hometown. I miiiight have done this run just to be able to post the GPS screenshot on Facebook and impress/freak out all the people who know how far this is in real life.

It’s 17 miles (obviously). The whole trail runs about 27 miles, which would be quite convenient for running a marathon, don’t you think?

Perhaps another time. Yesterday, I stuck with 17. 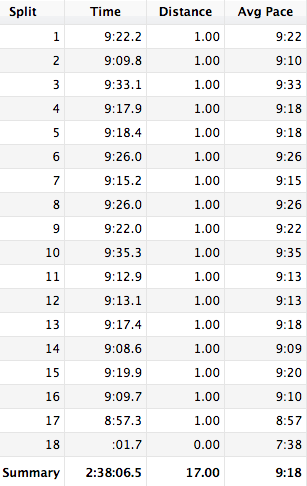 I was nervous about this run because, even though I’ve run 17 miles several times now, I’m not familiar with the locations of drinking fountains and restrooms along this route. I like to have those places memorized and highly accessible. But, since the Burke-Gilman is so popular, there were lovely restrooms and drinking fountains available when I needed them, and I was juuuuust fine.

My first stop was less than three miles in at University Village (an outdoor mall). Don’t you hate it when you pee before leaving the house, but inexplicably have to pee again as soon as you start running??

Just outside of UVillage, a bunch of extremely fit and fast-looking women ran by me going the opposite direction. From the logos and birds on their clothes, I could tell they were Oiselle employees and/or team runners. I was too shy to say hello or anything, but perhaps I will meet some of them on Thursday when I visit Oiselle HQ with the Nuun Hood to Coast teams!

My second stop was 7.25 miles in at Matthews Beach Park — more to snap this view than to fill my water bottles, but I did that, too. 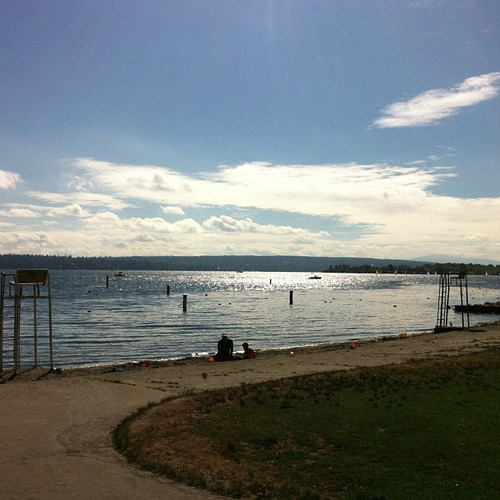 I also got really excited at the 10-mile mark when I left the Seattle city limits. 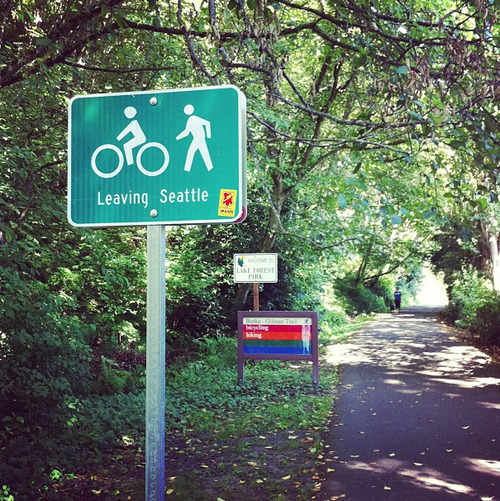 Much of the Burke-Gilman is how you see it here: green and shady. However, after this point, I pretty much lost the shade and had to run in full sun. The shirt came off at mile 11 because it was completely sweat-soaked and useless. No shame! 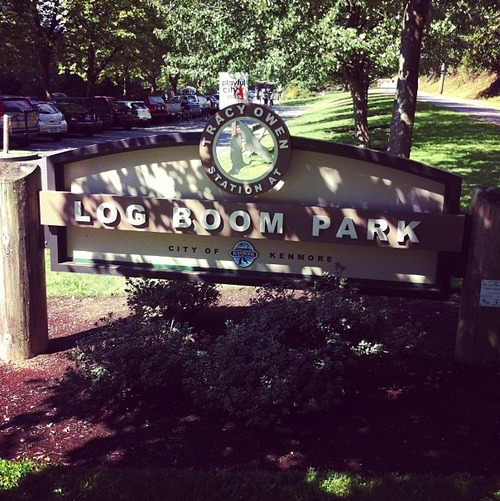 Log Boom Park in Kenmore was a lovely place to refill/re-Nuun my water bottles, take a short shade break, and eat the rest of a Larabar that I’d started eating just before running.

Shortly after that, I ran into a Nuun-mobile parked right along the trail! It was unmanned, but luckily I had plenty of my favorite flavor — watermelon — to keep me going. 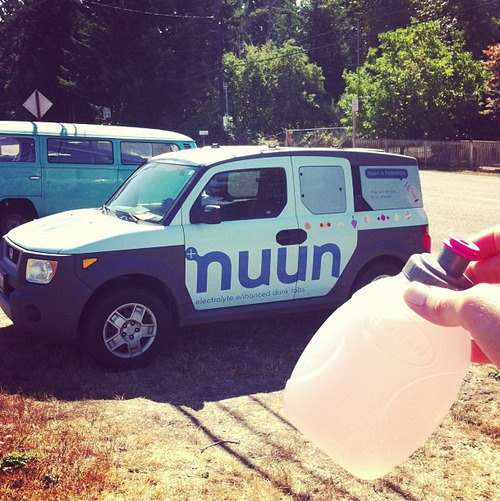 The miles just flew by on this run. I’ve biked this route but never run it, so there were all kinds of new-ish sights to hold my interest along the way. Every time I looked at my watch, it seemed like another mile had just magically ticked by.

My faster final mile was due to a combination of my legs still feeling strong and just wanting to be done/get out of the hot sun ASAP! My lovely mom was waiting for my at my final destination: Wilmot Gateway Park in downtown Woodinville. 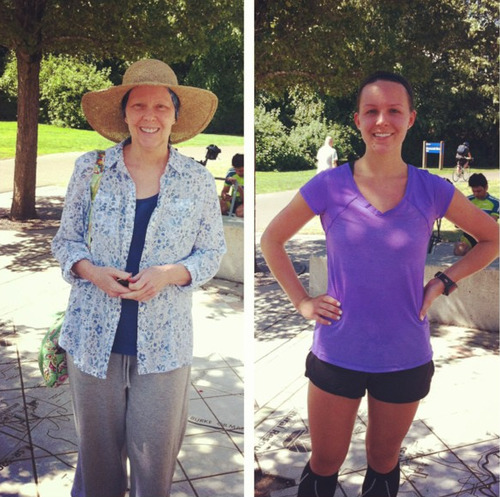 We went straight to Panera, where we picked up lunch for everyone, then headed home to give the boys a break from building the workshop. Aaron, Don (my mom’s fiance), and Brandon (my brother) did a great job putting up the roof this weekend. Ta-daaaa! 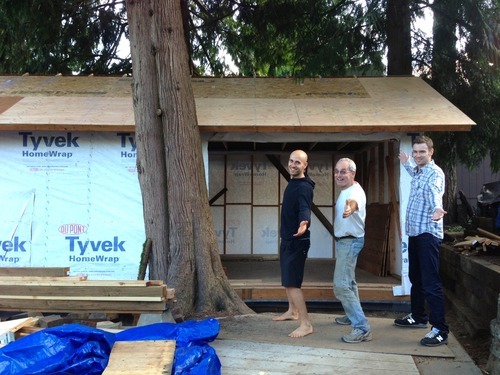 The makings of a very eclectic boy band.

It was a great and very busy weekend! This week will be even busier, with Hood to Coast activities starting Wednesday night and the actual relay happening Friday and Saturday.