I owe you a big catch-up post about this week! Let’s go real fast-like.

I rallied big-time after spending all afternoon on the pain train. Aaron and I had an extremely delicious dinner out at a Greek restaurant, and then celebrated his co-worker’s birthday at a bar. I had a beer and a half and was in bed by 10:30. Woo-hoo!!! 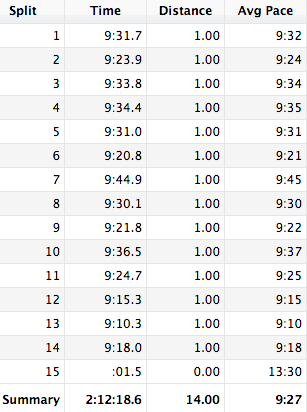 No residual effects from the migraine, apparently. This was extremely encouraging.

Aaron and I met with a wedding officiant later (hence why I got up so early), and he was approximately 20 years older than the photo of him on his website. Which is fine. But weird? He was a nice guy, and his style/values lined up with what we want for our ceremony, but I think we’ll meet with a few other officiants before we decide.

I’m like 99% sure the migraine I had on Saturday was caused by the fact that I accidentally held my breath while doing push-ups, since the aura and headache came on immediately after I did that. And I Googled it, so it must be true.

I was hesitant about continuing with the push-up plan, but I really made sure to breathe correctly (in on the way down, out on the way up) and I got through the push-ups just fine without problems! So… just being smart can prevent crazy, painful things from happening to you? Good to know.

I ran four miles in the a.m. Can’t remember anything significant about this run, other than that I’m starting to recognize other runners who also regularly hit Green Lake in the mornings. Oh hai guys, I’m one of you now! 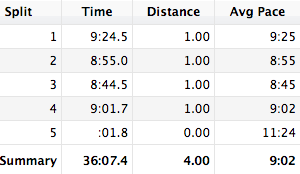 Behold, the glory of morning running. 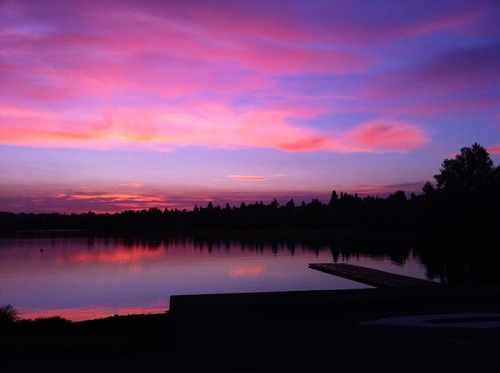 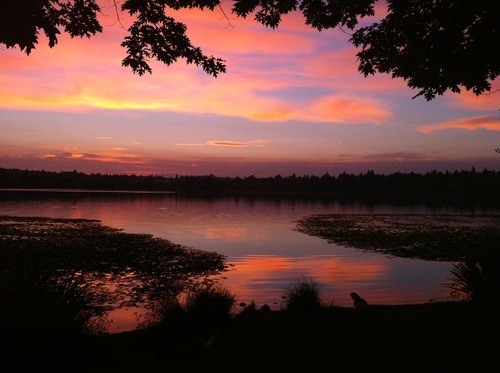 8 miles with the sunrise for the win! This was a truly breathtaking run. I ❤ morning running (except for the waking-up part). 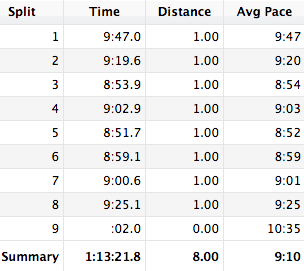 I also wore a fun new sweater to work, as it was a smidge chilly that day. 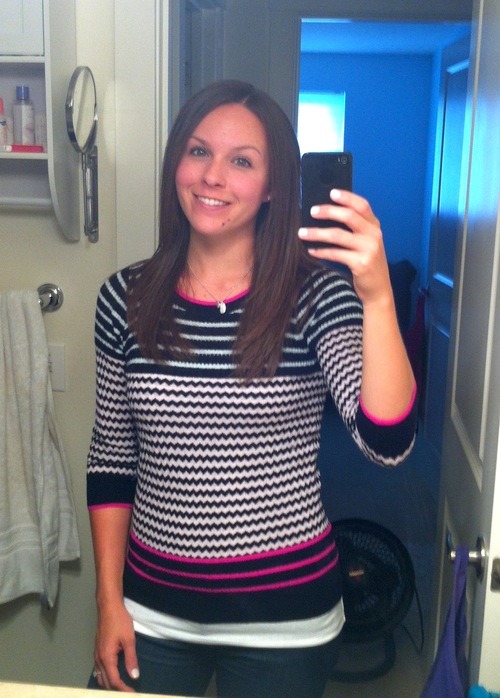 I tackled hill repeats for the first time in a while. 10 of ‘em. It was slow, but not too painful, BUT REALLY SWEATY because of the humidity. 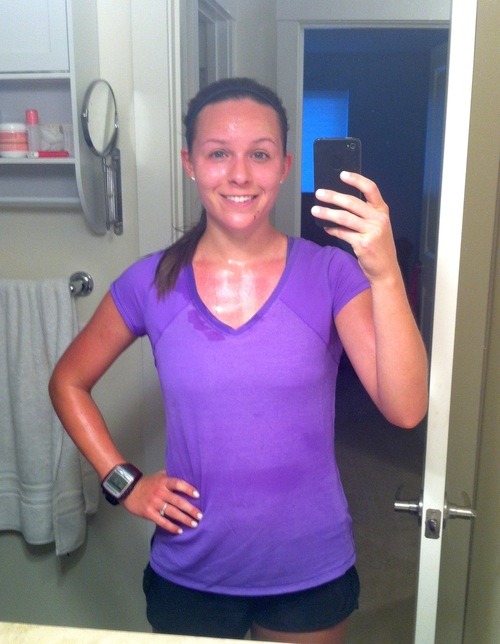 Oh hey, see how my bright yellow shirt became purple? It turns out the yellow fabric reacts with some deodorants to turn the underarms of the shirt ORANGE. Not cute. So, I returned the yellow-with-orange-pits shirt and got purple instead. The Husky in me approves!

This run was slowwwww going because I don’t think I’ve done hill repeats since training for Seattle Rock ‘n Roll. I warmed up for a half-mile, did 10 repeats with a half-mile jog midway through, then ran a cool-down mile home. All the sweat. 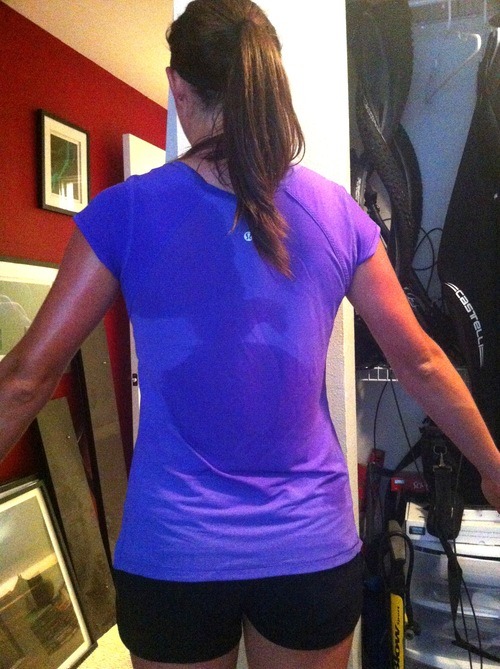 Not sure why I sweat more on the left side than right? It’s a medical mystery.

Rest day! Let’s mold our bodies into the couch while binge-watching Orange Is The New Black! Seriously, y’all need to start watching that, like, yesterday.

I was up at 4:45 to run eight miles! The plan was to arrive at my mom’s house around 8:00 to help build the workshop, so Aaron and I both got up super-early to fit in our respective run/ride.

The awesome upside: Green Lake was EMPTY, and there was another gorgeous sunrise. 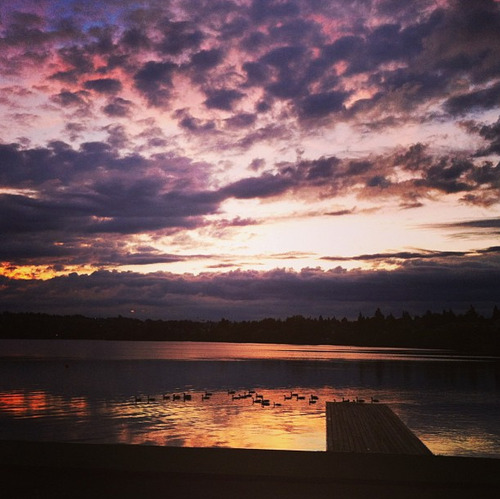 The geese know what’s up.

And the run was great, too! 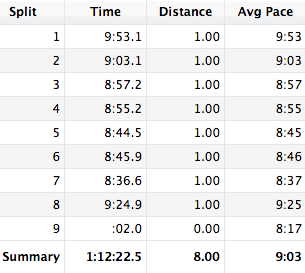 And this epic recap brings me up to today!

We’re heading back to my mom’s house again this morning, but Aaron is going to drop me off 17 miles away so I can run there. That’s not weird, right? I’d say it’s an efficient way to do a long run.

Once I’m finished, I’ll have run 41 miles this week. Yowza! And it feels like marathon training is JUST getting started.