I have never been sweatier in my life than I was during this run. I could hardly keep my sunglasses on my face because they were so slippery due to intense sweat and sunscreen. That’s what I get for starting at 10 a.m. when I knew it was going to be hot out!

But I wound up with a decent pace overall, even though the last few miles were a hot, sweaty, hungry (whoops, should have brought more fuel) strugglefest. 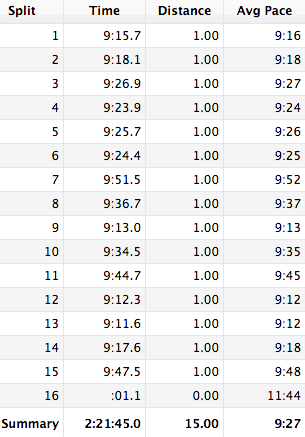 Notable moments: I caught a nice little break at mile 7.6 on the University Bridge when it was raised for boat traffic. It’s Seafair weekend, whoop whoop! 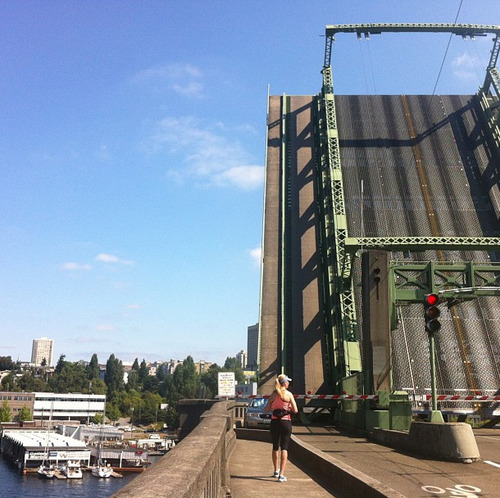 At mile 9, I stopped to refill my water bottles at Gas Works Parks and happened upon a Crossfit WODfest! 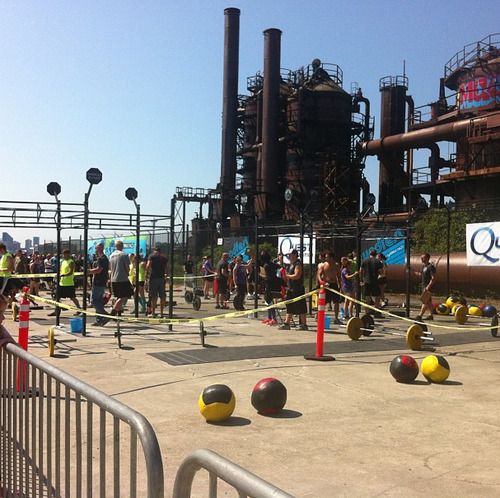 I suddenly felt horribly out of shape standing next to a bunch of super-ripped men and women. I may not be able to deadlift, um, anything, BUT how many of them can run 15 miles at the drop of a hat? We’re all fit in different ways!

…at least that’s what I told myself as I ran away. 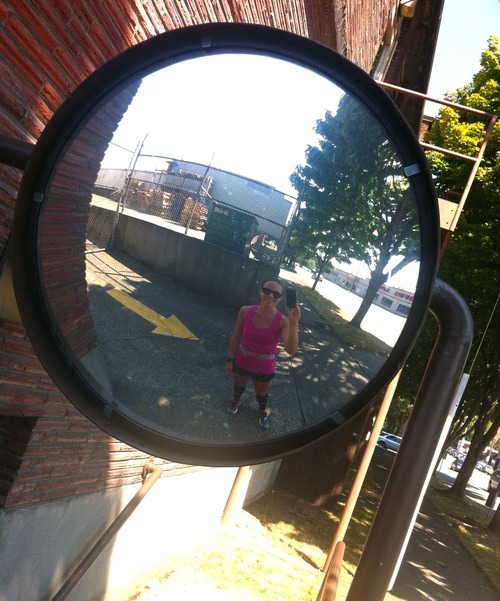 And then I took a silly photo because I needed a little shade break and I was ready to be doneeee.

15 miles. Man, sounds like a lot. It doesn’t feel like a lot anymore, but I guess that’s what back-to-back marathon training has done to me.

If you can’t tell (but I bet you can), I’m a little burned out on training and am not so intense about it this time around. I’ll do the training, but I’m not going to freak out over my times or be laser-focused on a goal time, like I was with the RnR Seattle Marathon. I just don’t have it in me to stress out so much this time around. I want to complete the Chicago Marathon (and, OK, PR), and then just relax and run for fun for a while!

I’m already trying out the “train slower, race faster" method… maybe “stress less, race faster" will turn out to be a thing, too? We shall see.

In other news, I’m about to embark on the 100 push-ups program tomorrow. I got a few weeks into it back in 2010, right around the time Aaron and I started hanging out together; you may recall I was able to do 10 during a push-up challenge at my mom’s house. My all-time record is 12, but that was after a few tequila shots, so I don’t think that counts?

As for the program: First, you do an initial test to see how many push-ups you can do. I can do THREE, which is actually three more than I thought I could do! Once you know your starting point, it’s easy to follow along with the program three times a week — Monday, Wednesday, Friday is the logical schedule — and be on your way to push-up glory in six weeks.

Check out the website for full details, and print this handy, one-page booklet like I did (see PocketMod for folding instructions). Or you can download the app, I guess. But why would you want to when you could fold some shit??

Let me know if you’re down to do some push-ups and we’ll be cool together. I should note that not only do I want to get stronger and therefore become a better runner, but I want my arms to look awesome for the engagement photos Aaron and I be taking in late September.

This is our photographer, by the way. Her work is just stunning. We so excited!