I honestly can’t remember the last time it rained in Seattle, but tonight it was POURING.

I believe the sky may be crying because rumor has it that Kim and Kanye named their baby North West, and the real Northwest is all like, “What is my life even?!?”

Anyway, I wasn’t too stoked to do my very last marathon training run in the rain. It’s only two miles… would it even matter if I skipped it? Probably not, but that’s not how I roll.

Throughout my training for this race, I’ve had times when I needed to run eight miles on a weeknight but wanted to bail at five… when I got a side stitch and wanted to stop running until it went away… when I really didn’t want to do that tenth hill repeat… when I wanted do anything but run in the wind and rain.

But every single time, I thought this: Sometimes you don’t get a choice. Push through the pain now. Get stronger. And when you’re stronger, you’ll be able to push through the exhaustion, the side stitch, the hill, and the weather when you’re running that marathon — when there is no other choice but to keep moving forward.

OK, so running two miles in the rain is not that tough. But I’m proud of myself for doing this run, even if it ultimately has zero influence on how I run on Saturday.

For one thing, I got mentally stronger. And for another, it was so exquisitely peaceful. I ran later than usual because I spent the early evening at the expo, so the normal rush hour traffic had subsided by the time I got home. The usual Green Lake crowd of runners and walkers was nowhere to be found due to the weather. I had 18 minutes to myself to reflect on these past 18 weeks of training and envision myself running the marathon just as smooth and strong as I was running right then. It was more than a run; it was a meditation.

I have worked hard. I have exceeded my expectations. I am in the best shape of my life. I am strong. I am ready. 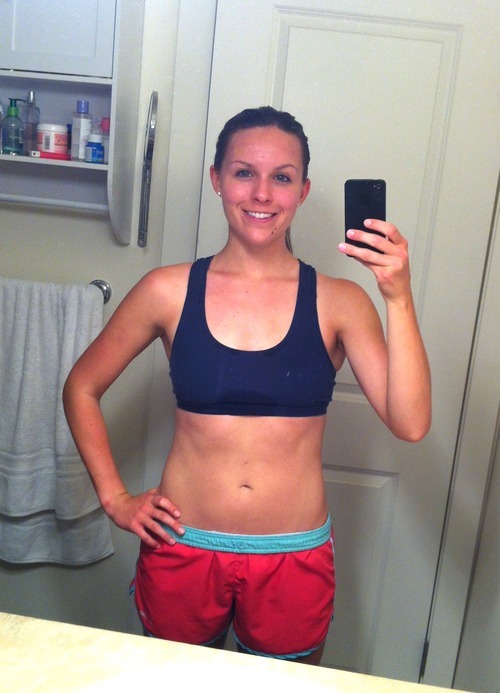 Let’s run the shit out of this.