I did a very rare weekday morning run today! Turns out Green Lake is very lovely and peaceful in the wee hours. 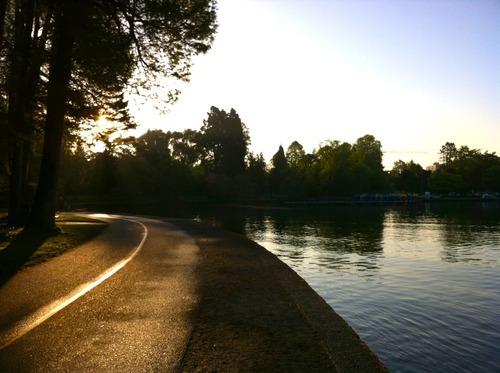 I don’t know how you a.m. exercisers do it. It was rough dragging myself out of bed to fit in five miles, and I’m so used to running in the evening that I didn’t ever feel like I hit a good groove. 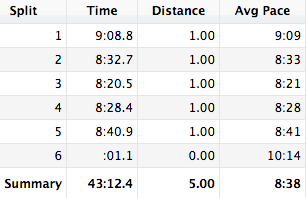 And yet while I was running, I thought about how races are always first thing in the morning, and I never have trouble then. I guess I need the nervous excitement and energy?

I realized after this run that the knee pain (and, randomly, big-toe pain) I’m feeling is what I felt right before I retired my last pair of running shoes and switched to my current ones.

Thanks to DailyMile, I calculated that my current shoes have 355 miles on them; Runner’s World says shoes should be replaced between 300 and 500 miles. They definitely won’t last through the marathon, so I need to get new shoes and start breaking them in ASAP! I’m thinking of cheating on Brooks and investigating Saucony… more on that later.

After work, Aaron and I met up with Meg and her husband, John, for food at Brave Horse Tavern. I can’t believe it had been a YEAR since I’d seen Meg — remember when she plucked me from my sick, injured, lonely despair in San Francisco? Holy lifesaver!!! Just rereading that post amazes me. What a good friend! 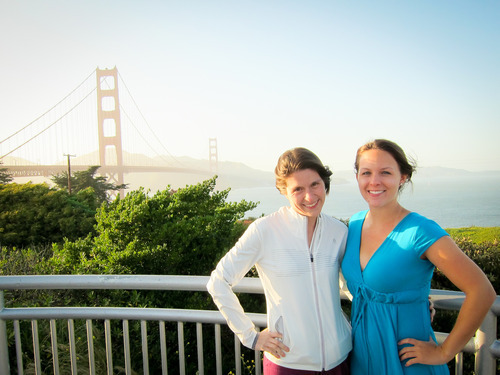 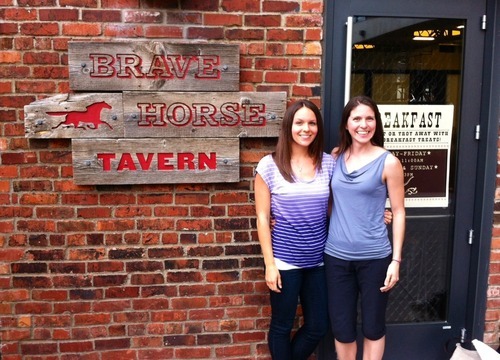 It’s no surprise that the conversation centered mostly on running, fitness, and our upcoming races and relays. Both Meg and I are doing Hood to Coast, and both Meg and Aaron are doing Ski to Sea!

Meg is F-A-S-T, as in she just ran a 1:35 half-marathon (her PR is 1:33) and is going to train for sub-1:30 next. We may or may not have hatched a plan called Operation Devon Gets F-A-S-T (just made that up) that’ll begin after Rock ‘n’ Roll Seattle and involve Meg kicking my ass on the track. I’m excited.

Welp, gotta get up early (like 5 a.m. early) tomorrow for Aaron’s mountain bike race — the same one at which this pic was snapped by the official photographer last year: 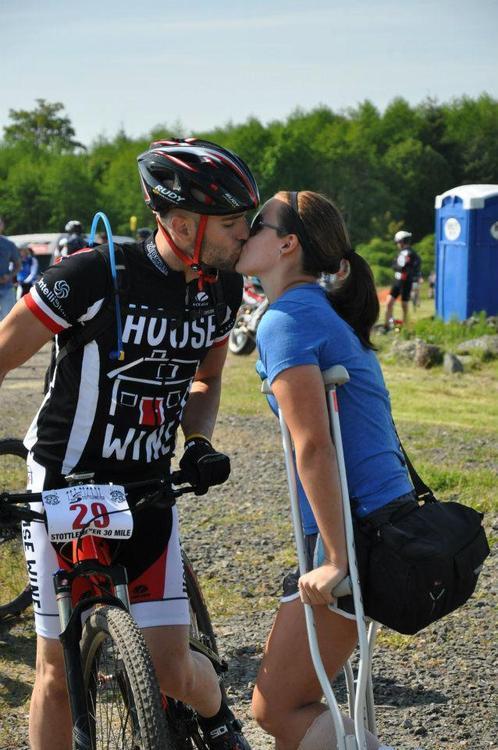 I’m so glad I’m off those damn crutches.