I think most runners know the difference between when they legitimately need a rest day and when they’re just not feeling a run.

In the first situation, you’re like, “Man, I’m super tired and my legs sure could use a rest.”

In the second situation, you’re like, “But it’s soooooooo rainy and soooooooo windy and I really don’t wanna gooooooooo-uh.” You know, when you insert extra syllables into monosyllabic words? I was going for the world record of extra syllables with my whining tonight.

My trick to convince myself to run is to turn on my Garmin and set it out on the porch to pick up a signal. Once the Garmin is on, there’s no turning back! Works every time.

I wound up doing 11 hill repeats in the crappy weather, which really wasn’t that bad once I was out there (of course): 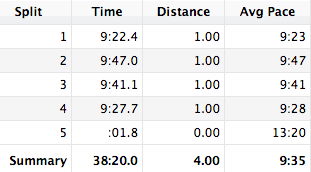 This was my fourth training session on this hill, and I could tell a huge difference in my endurance from the last few weeks. That tells me two things:

My company’s CEO (who is a Boston Marathon qualifier/finisher, by the way) is huge on our corporate values, and one of them is this: 99% done is half done.

I thought about this a lot during tonight’s hill repeats. It means that you shouldn’t get complacent when you’re close to finishing or achieving something; rather, you should look for even more ways to improve and go the extra mile. Just because I’m close to conquering this hill doesn’t mean I’m done with my hill training for Seattle Rock ‘n’ Roll. On to the next hill!

Nuun is a delicious electrolyte tablet that I mix with water to keep me hydrated through all of my long runs and races. And I like to take my post-run recovery Nuun in a pint glass, on the rocks, with a bendy straw, please. 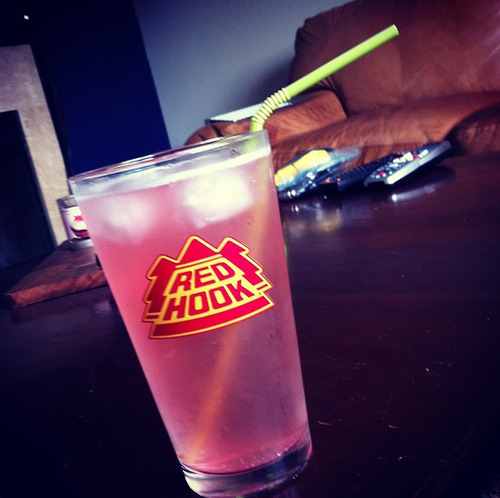 Nuun is also a fun, awesome company that’s based right here in Seattle, and that puts together a team full of running bloggers to run the 199-mile Hood to Coast relay in Oregon each year.

I can’t believe my super-dorky video application did the trick, but I’m so excited to have been selected for the Nuun team this year along with 19 other crazy runner ladies!

I really, really tried not to get my hopes up for this opportunity because I knew the competition would be stiff (nearly 100 applicants!), and I sort of convinced myself I wouldn’t be chosen just so I could get a head-start on absorbing the disappointment I would feel. I miiiiight still be scarred from the many plays and sports teams I tried out for but never made back in my school days!

Anyway, I refreshed the Nuun blog over and over again on Wednesday morning until the announcement popped up, and I had to read it five times just to make sure my name was actually on the list and I wasn’t just imagining it.

And then my boss, with whom I share an office, had to endure this:

Just so you can get an idea of why I’m so pumped, check out this video Nuun put together of their 2011 Hood to Coast adventure:

Nuun | Hood to Coast from eric becker on Vimeo.

Thank you to all of you who supported my video entry and didn’t make fun of me too much. We’re going to Hood to Coast, baby!

(Well, first to Hood, then to the coast. You know what I mean.)