After Aaron’s race, we went to a Mexican restaurant for lunch because I’ve been craving a big ol’ plate of greasy, melty, cheesy, non-Paleo goodness.

I had all my faves: chips and salsa, rice and beans (mixed together, of course), beef flautas, sour cream, guac — the works. It was tasty, but not as good as I remember it.

It was so weird how the meal just knocked. me. out. When we got home, I crashed on the couch for a two-and-a-half hour nap. Remember: Aaron was the one who raced this morning! I won’t be craving that kind of Mexican food again for A WHILE.

Speaking of Aaron’s race: The online results showed he did get third in his age group, and he’s in second place for the entire race series. He’s just 10 points behind the first-place guy — hot damn! Here are some more pics from this morning: 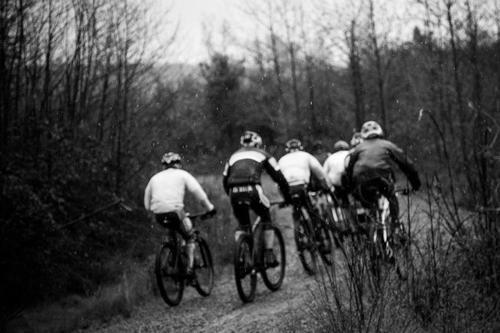 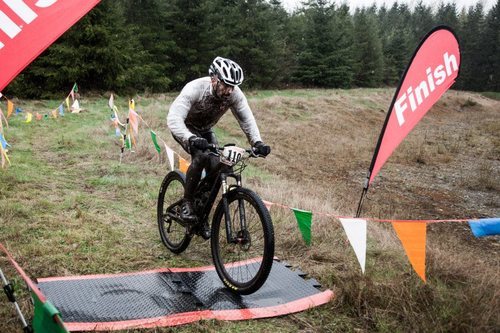 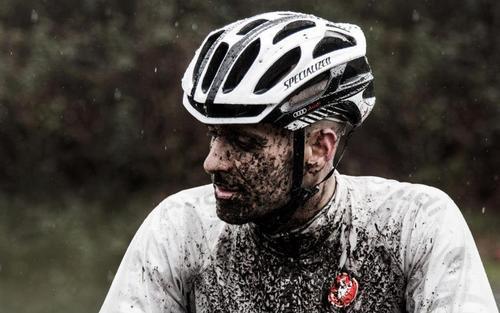 Let me tell you, balancing an umbrella and trying to keep a $$$ camera dry in torrential rain is hard. Not as hard as mountain bike racing, though…

Back to my food coma. When I woke up, the rain had stopped and I debated going for a run since I missed four miles of hill work this week, but I decided an hour on the spin bike would be better recovery for my legs. I also lifted weights, woo-hoo!

Now, I’ve got a fantastic workout top to recommend. I saw it in a Road Runner Sports catalog and thought it was cute, but often things that look cute on models don’t look nearly as good in real life. This top proved me wrong! 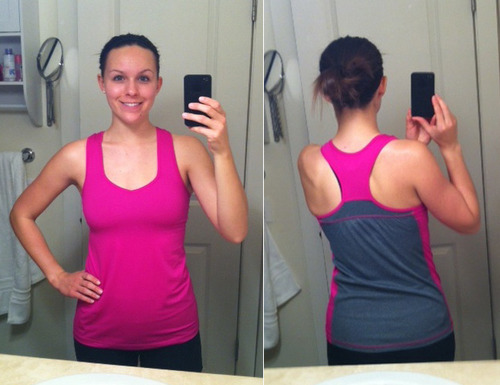 The top of the tank is fitted, but from the waist down, it’s just loose enough so it doesn’t cling to everything — that’s my number-one pet peeve with most workout tops! This top is the perfect mix of fitted, but not skin-tight.

Also, the gray material on the back is a very breathable mesh, so it feels super-cool when you’re sweating. I wore the purple version on my long run yesterday and this pink one on the spin bike tonight, and I’m officially in love. (Yes, I am one of those girls who buys all her running clothes in pink and purple, so you can blame me for the excessive existence of those colors in women’s workout gear. BUT I’M NOT SORRY.)

That’s all for tonight. Time to resume my coma. Good night!