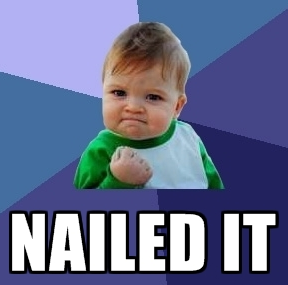 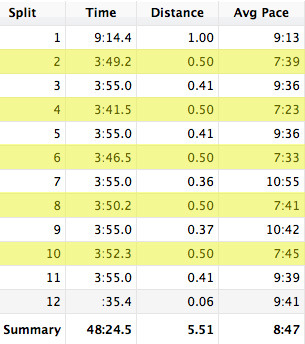 WHAT IN THE WHAT. I have no idea where I pulled this speed workout from. (Maybe from nine weeks of consistent speed training? Nah.)

I set my Garmin for distance/time intervals (sprint for a half-mile/recover for 3:55) in order to do proper Yasso 800s. I usually take less time to recover between sprints, so 3:55 felt like for-ev-er, but I definitely needed that time to be able to run strong for all five of these intervals. You can see those recovery paces got slowww near the end.

Like I said, I aimed to run each half-mile in 3:55, and I couldn’t believe it every time I came in under 3:55, which was… every time. Talk about a confidence boost, and likely an adjustment in my Rock ‘n’ Roll Seattle Marathon goal time.

Bart Yasso says you need to work up to running 10 sprints in the same number of minutes as your marathon goal time, so… we’ll see! DREAM BIG!!!

Here’s a belated GPOYW from this morning: 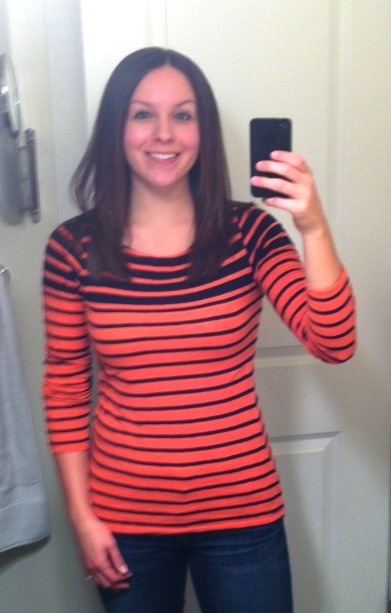 I have an entire section of my closet that can be described as “bright, horizontally striped shirts from J. Crew.”

Yes, it’s right next to the “solid v-necks from Old Navy” section.

(I used to wear those v-neck tees so much that Liz told Matt that I would probably be wearing one when I first met up with them in Melbourne. Little did she know, I showed up wearing a solid tank top from Old Navy instead. That is called BRANCHING OUT.)