Meg and I killed it this morning. 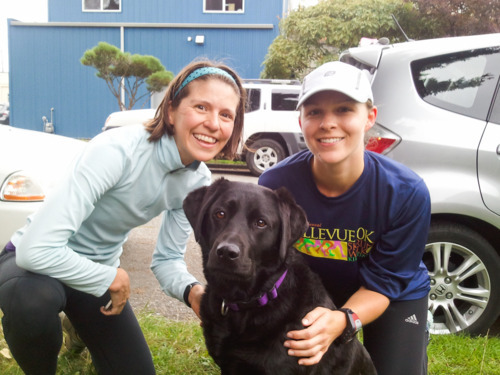 Isn’t her dog cute? I’m gonna steal her. Him? Her.

Anyway, I ran a mile to meet up with Meg in Fremont, and then we did two loops of Lake Union on this chilly Seattle morning. The miles flew by, as seems to always be the case when I run with a brand-new friend, because there was so much to talk about! And Meg was a champ and told me interesting stories when I got too tired to do much talking.

Just over 14 miles (for me) into the run, we met up with her husband and doggy at their Crossfit box for a quick photo, and then I continued on home to finish my 16. I felt great throughout the run and even busted out a 9:22 mile at the end! It was such a turnaround from that awful 15-miler. 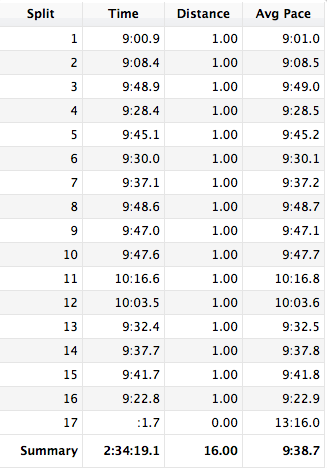 I’m thrilled with that average pace!

I’m also eternally grateful to Meg for running so far with me. Originally she said she’d do 8-10 miles, but then I guess she was having soooo much fun that she wound up killing 13. I’m going to have to steal her for more of my long runs, which will be awkward when I also steal her dog. Ahh, well, we’ll cross that bridge when we come to it. : )

Also of note: I ran with a banana tucked into my fuel belt for all 16 miles. Because that’s not weird. 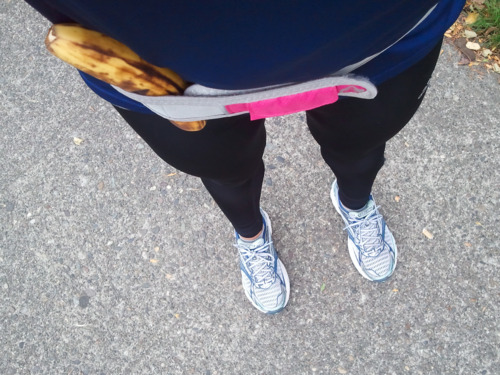 I ate a hasty breakfast before the run (apple with peanut butter and two scrambled eggs) and worried that I would get hungry, so I wanted to have something more than a Clif Shot to eat if needed.

It was really bruised by the end, and had even lost its top somewhere along the way. Ha! 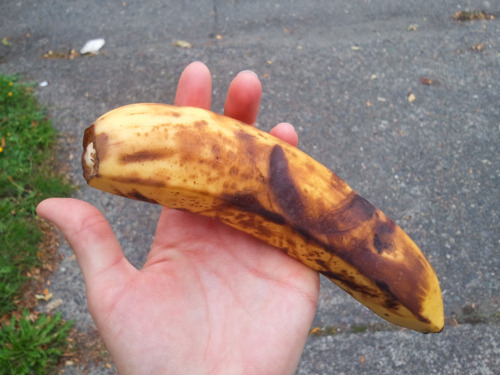 But I ate it as soon as I finished the run, and the inside was fairly unscathed. Not to mention that it tasted like banana angels dancing on my tongue. 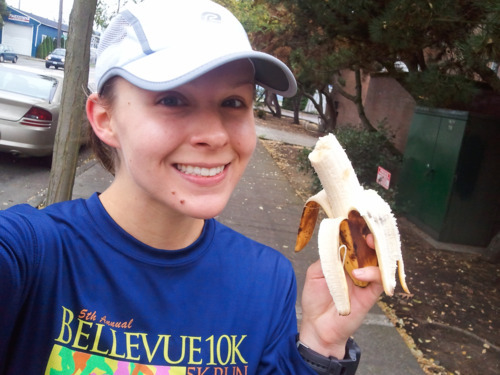 This was such a confidence-building run. 16 miles is the farthest I’ve ever run, and I felt like I could definitely run farther. Not that I wanted to… at all… but I could have. And I will, over the next several weekends.

Watch out, Rock ‘n’ Roll Las Vegas Marathon. My banana sidekick and I are gonna kick the crap out of you.