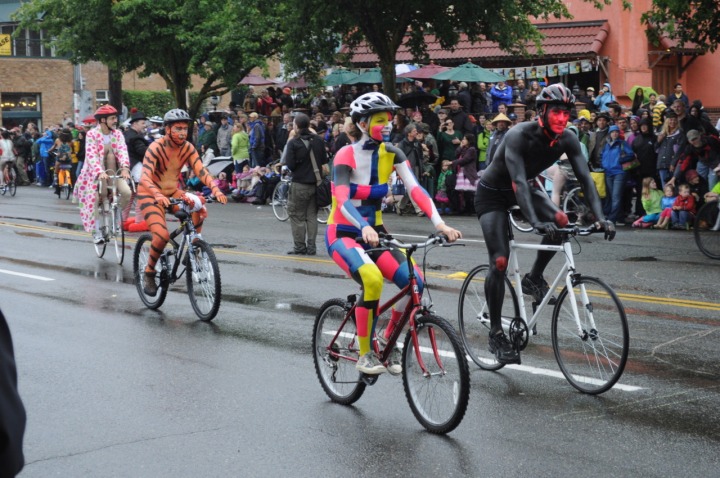 Action shot from the Fremont Solstice Parade! Check out the tiger-guy behind me… pretty sure he’s nekkid!

I didn’t explain very much about the parade on Tumblr, but I wrote two posts about it on Answering Oliver. Check ‘em out!

Why watch the (naked) parade when you can be in it?

P.S. This photo makes the parade look small, but there were HUNDREDS of painted cyclists! It was CRAZY!!!

Lovely five miles with Steph this morning! Doing my best to ramp up my running again with only four weeks until marathon training starts. 😬⁣
Happy spring! Feels like a good time to emerge from my winter IG hibernation. 😄⁣
Through all the coldest miles of marathon training, I visualized what was to come after I crossed the finish line: a long-awaited family trip to Oahu. Warm sunshine, salty beach days, frosty drinks by the pool. An escape from wintery weather and worries at home. Lots of time together making memories.⁣
CIM delivered today in a big way! 🎉⁣
I’m so excited to run across this finish line tomorrow!!! 🎉⁣
My running story wouldn’t exist without my mom.⁣