When I put on my new Brooks Ghost 6 shoes on Wednesday night, I thought: “A-HA! This is amazing! Why did I ever think there could be anything better out there? I’m home!!!” 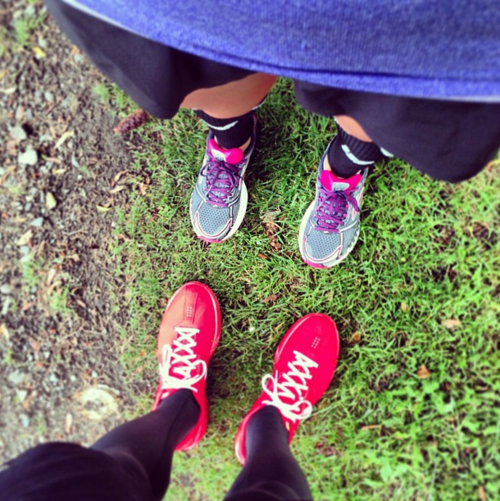 Aaron just got new shoes, too (custom red Nikes!), so we both took ‘em for a five-mile spin.

Errr, make that about 5.5 miles, since I accidentally left my watch running while I stopped to re-tie my shoe in the first mile and then stopped it when I resumed running, noticing my mistake a half-mile later. I ran a little extra just to get my Garmin to actually say five miles. 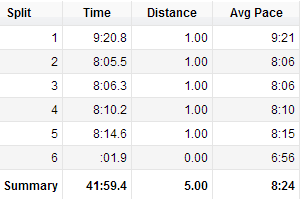 I swear there were lightning bolts shooting out of my feet. I could almost hear Sinead O’Connor singing in my head, “Noooothing compares… no-THING compares… to youuuuuuuuuu.” Aaron loved his shoes, too!

I went for a five mile “easy” run last night and ended up with almost exactly the same time and pace — whoops. That’s practically scientific proof that the Ghost 6s help me run faster, right? 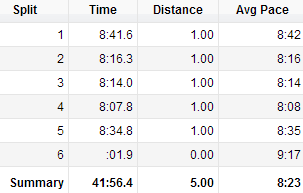 They fit me so incredibly well and feel very light, but still cushioned just enough. They have none of the stiffness that I felt in the Ghost 5s when I first got them. It’s practically like the 6s are already broken in!

Call me crazy, but I’m going to wear them for my 20-mile run tomorrow (!!!) and for the marathon. I can’t even go back to the Ghost 4s at this point; the 6s are just too good, and haven’t given me any trouble so far.

I hesitate to recommend running shoes to people, since everyone needs and wants different things, but if you like a neutral shoe with some cushioning, I can’t say enough about Brooks Ghost 6.

This ain’t no paid review, either — I bought ’em myself, and I’ll probably buy five more pairs at some point before they disappear!