What? You don’t have a man in black following you on your nighttime runs? 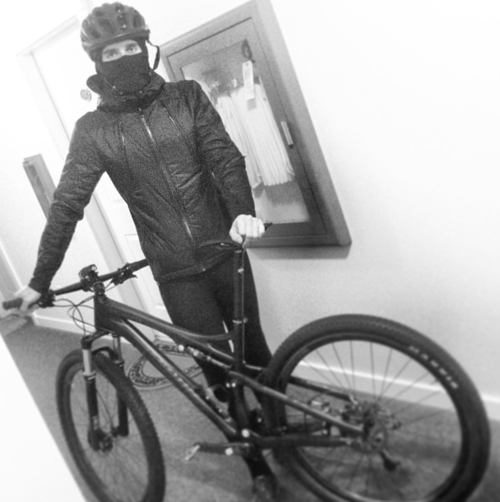 That’s a shame. I would let you borrow mine, but I’ve got him pretty booked up until Daylight Saving Time kicks in. 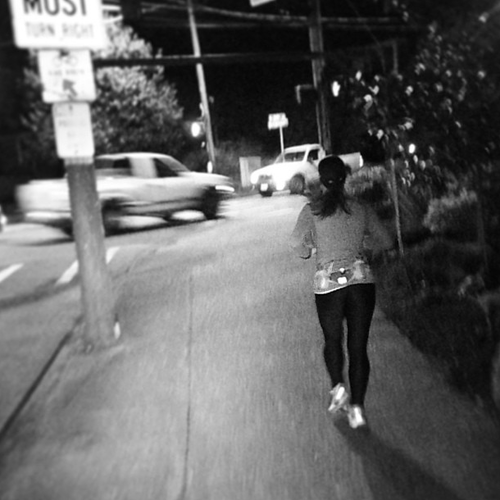 Aaron accompanied me by bicycle on my five-mile run on Monday and my three-mile run tonight, since “not getting murdered” is pretty high-pri right now, along with “trying to PR in my upcoming half-marathon.”

It’s quite a selfless demonstration of love by Aaron. I run just a little faster than 6 mph, and he’s used to smashing at around 19 mph, so he is just freezing and probably bored on his bike during our little outings.

He never complains, though. I already agreed to marry the guy, so I think he’s now just banking gold stars for the long haul. Wise. 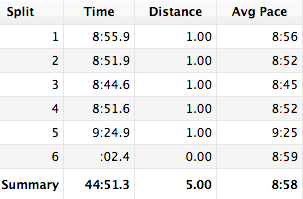 I don’t know what happened in the last mile. Didn’t feel like I ran that slowly, but there it is. I probably ran too fast throughout the whole run and was just tired by the end.

Legs = super-tired by the end of this. I usually do this easy run on Thursdays, but Aaron and I have plans tomorrow night, so I moved my Wednesday run to Thursday, and whatever. You know. I’m trying to get alllllll the miles in this week.

I also picked up a set of weights tonight for the first time in weeks. The 15 pounders did me in after three rounds of bicep curls, hammer curls, military presses, chest presses, and bent-over rows. It felt good!