Yesterday, I broke TWO dishes. Completely shattered them. I can’t remember the last thing I broke before yesterday, and then I broke two things in one day.

The first thing was a cute little bowl that I collect my eggshells in to take out to the compost. I dumped out the eggshells, then dropped the bowl.

May it rest in peace with the dozens of wine glasses that I broke in college.

To segue into the running portion of this post, that broken wine glass did not prevent me from drinking still more champagne (like a champ), and I didn’t know how my stomach would hold up to the six miles I had to run today.

Good news: After a slight cramp during mile two, I was juuuuust fine. 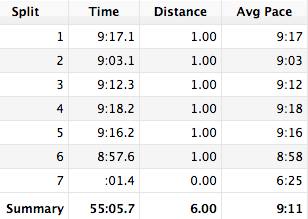 I feel like I’ve been doing my “long” runs a bit too fast, so I aimed to run 9:15-ish miles today. I felt so good by the end that I cranked it up a bit for the last mile and finished with a bang. Also did some pushups and sit-ups for strength training when I got home because I was too tired/lazy to lift weights.

I had 40 minutes of spinning on my training plan for tomorrow, but Aaron and I are leaving for Vancouver early-ish and I can’t get on the spin bike at 7:00 a.m. because it is super-loud/shakes the floor and will probably piss off the occupants of the condo below. I changed it to an easy two-mile run, so we’ll see if my legs feel good enough in the morning to actually do that. They are ti-red right now! 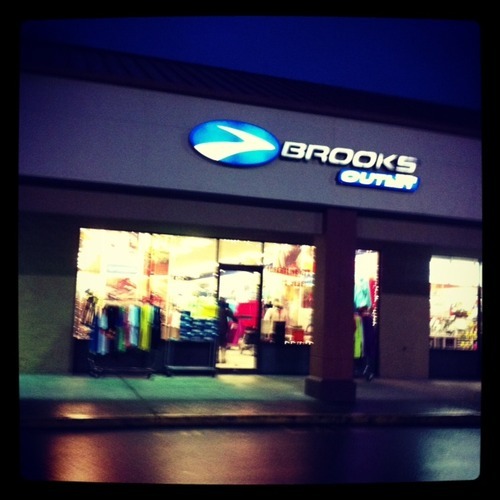 Aaron and I hit up the Brooks outlet store in Bothell (near the Brooks headquarters) and I got some new running gear for half off! I got a cozy track jacket, a long-sleeve tech shirt, and a Rock ‘n’ Roll Seattle hat (from 2012, but I ran it in 2011 and am going to run it in 2013, so whatever) — all bright pink, because that’s how I roll.

I’m not sure about the wi-fi situation in our Vancouver hotel, so… this may or may not be my last post of 2012! Eeek!

If it is, everyone have a safe and happy New Year’s Eve. Try not to break your glass full of champagne!