The news is GOOD, friends!

Well, mostly. I didn’t make it out of my first skin screening entirely unscathed. 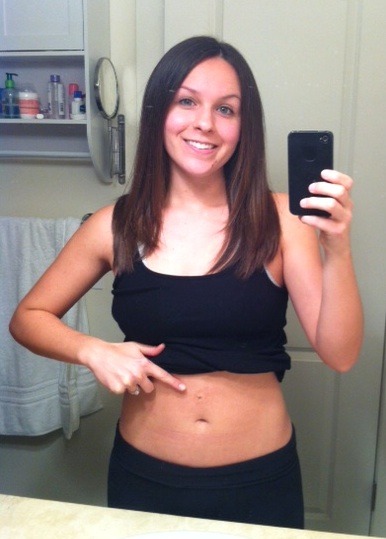 My body is minus one mole and plus two stitches.

I went into my screening at the Skin Surgery Center with four moles I was particularly concerned about, but the one that my screener decided to remove and biopsy was NOT one of the four! In fact, it was a teeny-tiny mole on my stomach that I had never even noticed, and would never have thought to worry about.

Apparently this mole was unusual because it was gray (WTF) and had some other characteristics that could either be troublesome or totally fine. Only the biopsy will tell.

If the biopsy is positive for anything bad, they may have to remove more skin from that area, but I think that’s pretty much it…?

The screener also took measurements and photos of two other moles — one on my upper leg (which is one I was concerned about) and one on my back (never noticed it) — and I’ll go back in three months to have those checked to make sure they haven’t grown or changed in shape.

Overall, I’m extremely glad I went and am really happy with the outcome so far:

Oh, and my distinctive chin moles beauty marks are perfectly normal, and they aren’t going anywhere. : )

I highly recommend y’all go get your skin checked if you never have or have gone a few years between screenings.

And, obviously, wear sunscreen so you don’t have to worry about this stuff so much!!!