After the first lap, only 20 guys were ahead of Aaron.

After the second lap, four.

And as he completed the third and final lap… none.

I had fun counting those numbers and screaming them out to him as he rode past. I think Aaron enjoyed picking them off, one by one, even more.

He loves standing on that blue podium, but it’s clearly time for him to move up to Cat 1 (Expert) and ride with the big dogs.

Based on the Cat 1 finish times, we found that if he had raced Expert today, he would have come in third — still amazing! Buuuut he’ll just have to work a little harder to get that blue podium and first-place medal again.

I know he can do it.

And, luckily, he loves a good challenge.

(Except I’m still training for a half-marathon that’s a little less than three weeks away, soooo things are a little different than if I were just starting to train for a full.)

The last three weeks of my training were haphazard. I haven’t picked up a dumbbell or hopped on my bike trainer since I got the news about my mom’s health, and I’ve skipped a few runs, too.

Enough of that. It’s time to get back on track, be strong, and focus on my goal. 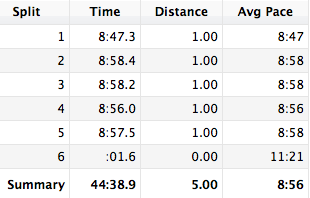 This was difficult! I ran on the outer path of Green Lake so I could get more used to the feeling of running on dirt/gravel, aka the same surface that makes up most of the half-marathon course.

I had to push my legs to keep a consistent pace on unsteady ground. Oh, sweet, sweet pavement, how I miss you. 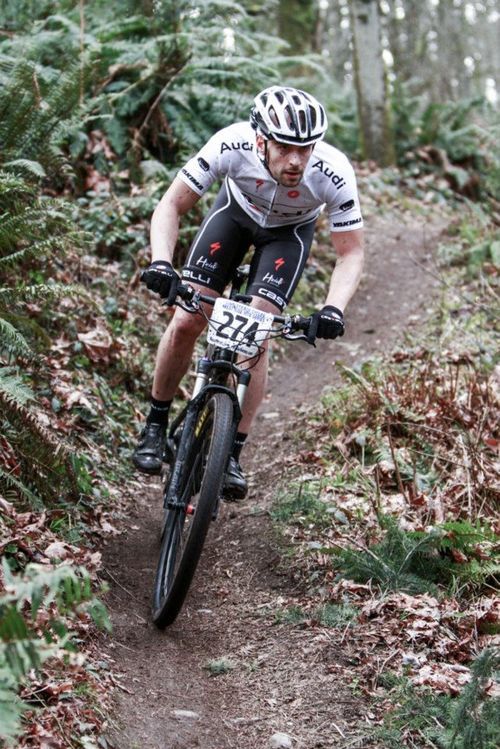 Have I mentioned how very fulfilling it is to cheer on my best friend and lovah as he competes in a sport he loves, knowing that in a few weeks he’ll also do the same for me? 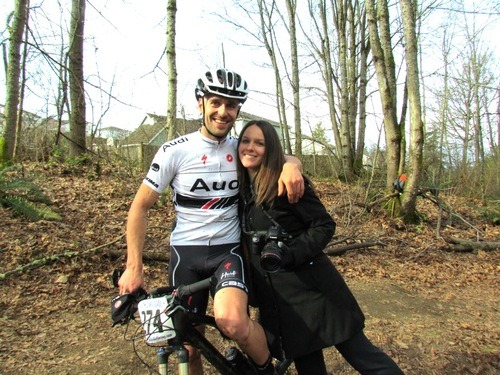 The term “sandbagging” is used when someone races in a category well below their actual skill level in order to gain an unfair advantage and win.

Aaron has heard that term twice from people today — people who don’t realize he has only been mountain biking for a year, and that this was his first competitive race after undergoing major shoulder surgery last summer.

I guess when you finish second place overall, first in your age group, and six minutes in front of the guy behind you, you look like you should be racing Expert — the highest level — not Sport, the level that comes after Beginner.

But maybe that just means he worked a lot harder than the guys who crossed the line behind him.

Maybe it means he woke up earlier on more dark mornings through the winter, came home with a mud-splattered face more often, and pushed himself further.

Maybe it means he didn’t like the taste of his fifth place finish in this race last year (which was his first MTB race ever), and was sick of getting second in every other race, and wouldn’t settle for less than first this year.

Maybe it means the naysayers should shut their mouths and pedal harder if they want a chance against him.

There will always be people who try to tear others down when they succeed in a big way. Those people can suck it.

I could not be more proud of Aaron.

He went to the first race of the season to win, and then he did.

And it’s only just the beginning.